Ghana on verge of attaining gender parity at SHS level 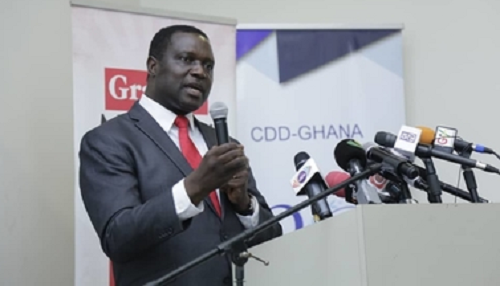 Ghana is on the verge of attaining gender parity at the senior high school (SHS) level.

This follows the introduction of the free SHS/ Technical Vocational Education and Training (TVET) policy, which has subsequently helped remove the cost barrier which hitherto led some parents to prioritise boys’ education over that of girls.

For instance, with the free SHS, in a second-cycle school where there are 200 students, 99 are girls, with 101 being boys.

According to the SHS/TVET Gender Parity Index (GPI), the country’s GPI currently stands at 0.99, with just 0.01 away from achieving gender parity.

Responding to the data, the Minister of Education, Dr Yaw Osei Adutwum, said the importance of gender parity was that we did not want to be in a country were boys were attaining higher education and girls were not.

That, he said, was especially when the country was doing a major intervention such as the free SHS. “You do it for a number of reasons, and one of them is access.

But within the context of access, you want to make sure that there is social equity that is why you have to watch your gender parity,” he said.

He said beyond the fact that an educated workforce was being produced, women were also being lifted up in society, and that had a signifi cant impact in terms of what the nation was doing.

In Africa, he said, no nation had attained parity at both the primary and the secondary levels, and that “Ghana is getting to the place where we will become that nation”. According to UNESCO, the country had parity at the primary level but was yet to do so at the second-cycle level.

“So now that we are talking about 0.99, sooner than later we will hit the parity level at the second-cycle level,” the minister said.

In the past, Dr Adutwum said, most parents made decisions as to who to send to school because of cost, and that in certain communities, investment was made in boys’ education over that of girls because of the belief that boys would yield more dividends to families than girls, who would marry and move away from the families.

“The emphasis was on boys who were with the families. The moment SHS became free, parents are not being forced within their limited resources to pick and choose who goes and who stays at home. Consequently, we are going to see a situation where gender parity improves,” he emphasised.

For Dr Adutwum, the removal of the cost barrier had been key towards achieving gender parity because the moment it was removed, it opened the floodgates of education to girls who, otherwise, would not have been prioritised by their families.

“The returns on investment in education are higher in sub-Saharan Africa than in most parts of the world because in Africa one sees significant changes,” he said, adding that “the more you can move more girls to attain the parity, the more they will become better off and the more you bridge the gender gap, which translates into the socio-economic gap between men and women,” he said.

One benefi t of the free SHS, he said, was the gender parity that was about to be attained.

Dr Adutwum said the government was looking at girls’ parity in certain professions and not just access to parity at the SHS level, saying those professions included engineering and computer science.

“We don’t want to stop at gender parity to access; we want to look at professional parity, where women are under-represented in certain professions,” he said.