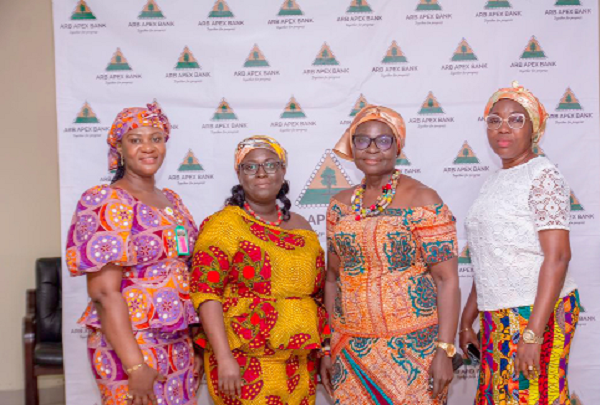 The first female Executive Director of the Association of Rural Banks, Comfort Owusu, has urged women in the financial sector to position themselves as the next generation of leaders in the sector, which is heavily dominated by men.

She said that although the situation was better than it used to be in the past, there was still more work to be done to get women at the top of financial institutions.

Mrs Owusu said this in an interview with the Daily Graphic at the maiden conference of the newly-formed ARB Apex Bank Women Association.

“It is getting better than it used to be, but more work still needs to be done. If you take my position for instance, having been established 43 years ago and having about six men as its Executive Director, I happen to be the first female Executive Director,” she stated.

She noted that hitherto, it was difficult to find women being Chief Executive Officers of financial institutions in the country but that situation appeared to be changing as the country could now boast eight female CEOs in the industry.

Mrs Owusu said even though the number was quite small, it was a good step and start.

“Now we have more women coming out to take up responsibilities and this is positive but we need to do more and I believe if we do more, we will get there in a few years’ time.

“It is something that has been there for long, and it is going to take time to get there,” she said.

Mrs Owusu called for sensitisation and education to help more women come out to take up responsibilities.

“We should sensitise the women and give them the opportunity to take up responsibilities. Even when they are not coming out for it, we should help and support them to come out for the positions,” she stated.

She also urged women to develop their capabilities and build their confidence.

“I will advise all women to be up and doing. You don’t see yourself as a woman, and therefore, there are certain things you can not do. You will be able to do anything if you put your mind to it,” she said.

The Executive Director also urged women to collaborate more with men and work side-by-side with them.

“Most of the men have taken the lead, and we are trying to catch up, so we need to collaborate and work together with them,” she noted.

The Vice President of the Apex Ladies Association, Mrs Loraine Bosompem-Twum, also speaking in an interview with the Daily Graphic, said as women in the bank, they decided to come together to form the association to foster women issues and also create the network for growth for women.

She said the association sought to bring all women in the rural banking sector on board.

“There are issues that bother women at the work places so those are the issues that we want to come together to be able to work on.

“We will do a lot of networking, coaching, training, and organise programmes to build up the woman to take up any higher positions,” she stressed.

She said the association realised that they did not have a lot of women in leadership roles.

The event was organised as part of programmes to climax the eighth International Women’s Day (IWD) on the theme: “Break the bias”.

ARB Apex Bank PLC undertook some activities to celebrate the women in the bank and to show support for the newly formed Apex Ladies Association.