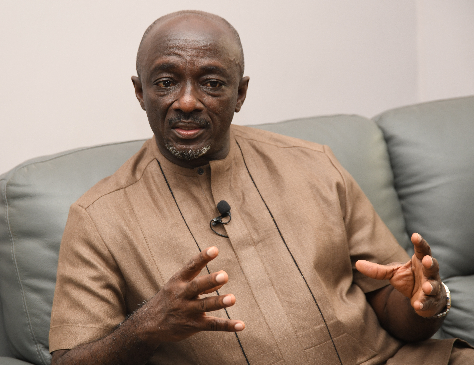 The government expects all specialised entities, including state-owned enterprises (SOEs), to contribute 30 per cent to the country’s annual GDP, the Director-General of the State Interest and Governance Authority (SIGA), Edward Boateng, has said.

He said the targeted contribution was feasible, as some state enterprises had already started showing signs of improvement in their operations.

“We’ve made it clear — 30 per cent, one third of GDP — whatever the GDP is, they should be doing not less than one third of it,” he said.

In an interview with the Daily Graphic, Mr Boateng indicated that since assuming office, there had been an increment in the number of SOEs that contributed to the national coffers.

“In 2019, only 19 SOEs contributed to national accounts. I assumed office in January, and this year we were able to move the number to 47. Our goal is to do about 75 next year, so it’s feasible, with your help,” he said.

The SIGA Director-General was briefing the Daily Graphic after a meeting with chairpersons of SOEs and the Finance Minister, Ken Ofori-Atta, in Accra last week.

The meeting, which was dubbed: “A conversation with the Finance Minister”, was a follow-up to an earlier meeting held in April to address the non-compliance of SOEs to the relevant laws and regulations.

It was to create room for frank discussions on the performance of SOEs and their expected contribution to the country’s GDP.

Mr Boateng said should the improvement in the operations of SOEs continue, “it will mean we have a national cake and the government can borrow at lower interest rates and the ripple effects will be for the entire country, not only the Ministry of Finance or SIGA”.

He said SIGA was putting in place the right measures that would support the growth of SOEs and ensure that they contributed significantly to the growth of the economy.

“The other thing is we are doing a naming and shaming. Recently, we published the names of all the entities that met our deadline for the submission of management accounting and those that did not meet our deadline.

Mr Boateng explained that there was a pressing need to equip the public sector and use it as the springboard for the growth of the private sector.

He said the private sector could not suddenly become the engine of growth if the public sector was weak.

In the public sector, Mr Boateng said, there should be deliberate efforts to create centres of excellence that could champion the growth of the other sectors of the economy.

That, he emphasised, would also make working for public institutions appealing to attract young, talented and ambitious people who really wanted to chart career paths for themselves and not because they wanted jobs as a means to an end.