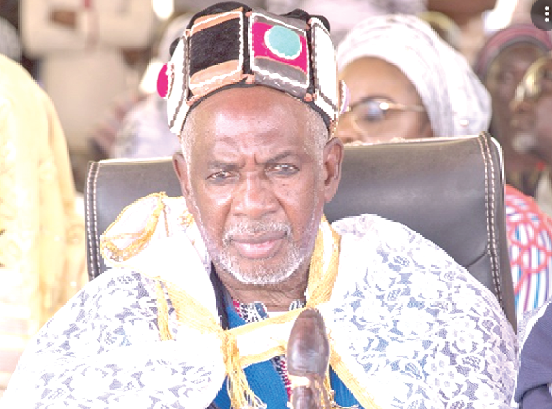 The Wa Naa Fuseini Seidu Pelpuo IV, has commended the Daily Graphic for its leadership role in setting the national agenda on sanitation.

Accoriding to him, the premier newspaper had become a household name not only for its quality reportage, but also abiding by the journalistic standards of accuracy, truth and fairness.

This was contained in a message delivered on his behalf by his spokesperson, Naa Adams Jamal Kpema, the Overlord of the Walla Traditional Area at the stakeholders’ dialogue of the Graphic/Zoomlion Sanitation Campaign in Wa last Saturday.

According to the Wa Overlord, filth, when generated, should be properly managed.

He said the traditional authorities wanted to see the environment clean, and that was why they organised periodic clean-up exercises which were mandatory for all citizens.

He, however, expressed concern that some people still found ways and means to absent themselves from such clean-up exercises.

He further appealed to the municipal and district assemblies to ensure that clean-up exercises were well attended to make the management of filth successful in the region.

On his part the Upper West Regional Minister Dr. Hafiz Bin Salih said Graphic/Zoomlion sanitation campaign in the region has provided an opportunity for the region to scale-up its sanitation coverage.

He said currently, coverage of safe sanitation in the region stood at a paltry 10 per cent, and considering the fact that unsafe sanitation was a major health and environmental problem, it needed to embrace the campaign for the benefit of all.

Dr. Bin Salih said the region enjoyed 76 per cent water coverage, boasting of many rivers and as many as 2,096 boreholes.

He expressed gratitude to the Graphic Communications Group Limited (GCGL) and Zoomlion Ghana Limited for the country-wide sanitation initiative, since the management of filth had become a big challenge in the country.

He said the campaign was in line with the government’s vision to make Ghana the cleanest country in Africa.

The minister noted that Ghana had one of the best structural policies on water and sanitation, but whereas it had made a remarkable jump in the provision of water, the same could not be said of sanitation, noting that only 15 per cent of the population enjoyed good sanitation.

He said to deal with the sanitation challenge, the government had established the Sanitation and Water Ministry, among the various strategies, to combat the challenge.

The Editor of the Daily Graphic, Mr. Kobby Asmah, in a speech read on his behalf by the Chief Sub-Editor of the newspaper, Mr. Zakariah Alhassan, said the collaboration between the GCGL and Zoomlion was meant to add to the national effort to make the country clean.

He said waste materials indiscriminately disposed of got stuck in gutters and open spaces after rainfall, leading to floods in various parts of the country.

He noted that the increasing population had brought with it many challenges, including poor sanitation, unhygienic practices and inadequate toilet facilities for both domestic and public use, which were fast eroding the gains made over the years.

Mr. Asmah announced that an awards scheme on sanitation management had been instituted and the best region would be announced in the Daily Graphic.

The Upper West Regional Director of the Ghana Health Service (GHS), Dr. Damien Punguyire, said although the GHS was not involved in the management of sanitation, it was confronted with the effect of improper sanitation on the people.

The Director of Corporate Affairs and Communication of Zoomlion Ltd, Mrs. Emma Osei-Duah, said the mandate of the company was to work with the assemblies to ensure proper sanitation throughout the country.

That, she said, was done through the provision of garbage removal facilities and well-managed landfill sites.

The Wa Municipal Chief Executive, Alhaji Tahiru Issahaku Moomin, called on the media to assist the assembly to ensure the success of the sanitation agenda.

The organisers rounded up activities with a massive clean-up exercise at the Wa Lorry Park and the Market Square.

The four-hour exercise, which attracted participants, including the Ghana National Fire Service and police, resulted in the cleaning of gutters and culverts to keep the municipality clean.