Missed opportunities in parenting cause of indiscipline — Deputy Commissioner, CHRAJ 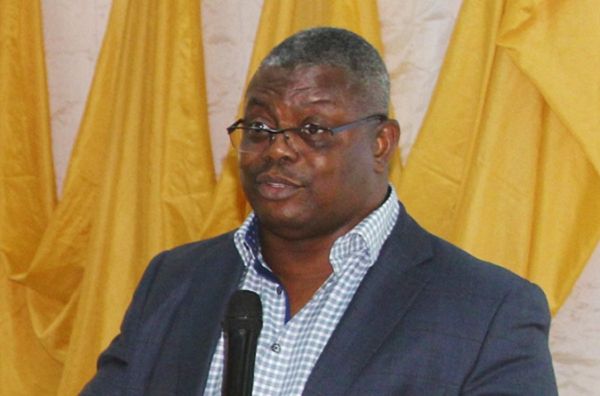 The Deputy Commissioner of the Commission on Human Rights and Administrative Justice (CHRAJ), Rev. Richard Ackom Quayson, has stated that the indiscipline being experienced in the country currently is the result of missed opportunities by parents in bringing up their children in ethical and morally upright ways.

"Poor parenting affects the destinies of societies and generations," he stated at a seminar on Christian Formation Leadership over the weekend.

The Wisconsin International University College, Ghana, has been running the seminar for a while and has now transformed it into a full-blown certificate programme on building ethics and morals premised on Christian values.

It is part of the institution's efforts to contribute to building an ethical nation.

Christian Formation Leadership has been designed as a 12-week programme that will lead to students being certified as Christian formation coaches to local churches and other institutions.

Rev. Quayson, who was one of the guest speakers, said in his work on anti-corruption issues at CHRAJ, he had been saddened by the behaviour of people and their work ethics in relation to finances.

He said for the fight against corruption to be won, the vice had to be tackled at the root, by imbibing in children values of integrity which, he said, called for investments in parenting skills in children.

"The failure of good parenting has consequences for the church and the country," Rev. Quayson stated.

He demonstrated from the scriptures how the primary way of good socialisation for children was good parenting.

"Societies not founded on good parenting ethics can unravel or self-destruct," he said.

He said not paying attention to the right formation of the individual resulted in excesses and the need to transform him or her later in life, which was tougher.

Rev. Dr Deegbe added that the history of societies showed that ethical formation was important, with progressive societies having a strong ethical and moral formation.

The President of Life Ministries, Rev. Dr Dora Bortey, another speaker at the seminar, also showed how individuals needed to live according to an ethical standard.

She said that was why all professionals had codes of ethics.

"Be intentional in the formation of your children," she, therefore, urged parents.

The President of the Global Institute for Christian Living and Growth in the United States, Rev. Dr Samuel Kirk Mills, who is collaborating with the Wisconsin International University College to roll out the certification programme on Christian Leadership Formation, said ethical standards were nuggets in individuals which were the benefits of a country and for properity.

Rev. Dr Mills said the launch of the programme was to furnish the right skills to people who would also share the knowledge and information with others.