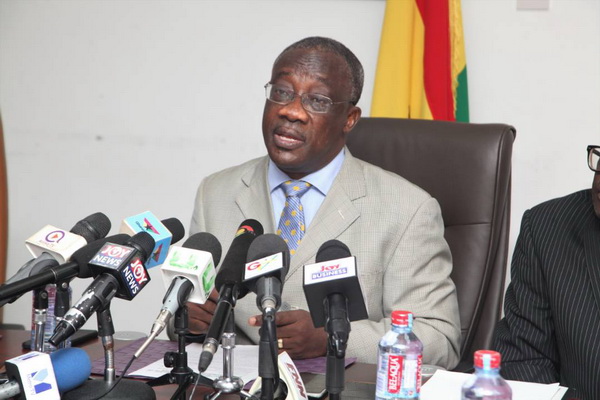 The Ghana Revenue Authority (GRA) has launched a software application accessible on mobile phones to enable the public to verify the authenticity of tax stamps affixed to products they buy.

Known as the Ghana Tax Stamp Authenticator, the software application — which is also compatible with and accessible on other devices that run on andriod 5.0 and above and have camera — is part of the total effort to deal with tax evasions in the system and to flush out fake products on the market, both from within and foreign sources.

It is also to empower the consumer to be able to detect and report infractions and abuse of the tax stamp policy to support the GRA to deal with tax evasions.

Users of the application will have to scan the QR codes on the stamps to determine the authenticity of the stamps and the product on which they have been affixed.

The tax stamp policy — which came into force on January 1, 2018 — emanates from the Excise Stamp Act, 2013 (Act 873) and comes in the form of small stickers with QR codes on them supplied by the government, manufacturers and importers to be affixed to their products before they are released onto the market.

The presence of the tax stamps on a product provides enough guarantee of product authenticity in terms of correct taxes, organisation's name, product name and origin, among other information.

Launching the application at a news conference in Accra yesterday, the Commissioner-General of the GRA, Mr Emmanuel Kofi Nti, said the products that were supposed to have the stamps included tobacco products such as cigarettes, alcoholic beverages that were bottled, canned and contained in kegs for sale or packaged in any form.

"The essence of the tax stamp policy is to enable the GRA to monitor the exact quantities declared to ensure the right taxes are paid," he said.

Mr Kofi Nti said any form of abuse such as fake stamps in all its forms would, however, defeat the purpose of the policy.

The GRA boss said the use of fake stamps or the wrong stamps to evade taxes had already been detected as some of the abuses in the system.

He explained that product information, such as name of product, company, origin, type of product, among other information on the product, should be the same as what would appear on a mobile device when the QR code on the stamps was scanned.

He said any difference in the information would mean that either the product or the stamp was fake, and would cost the state valuable revenue.

He, therefore, called on the public to report such infractions.

He said the introduction of the software application — to complement the QR code scanners that were deployed solely by GRA officials initially — was to involve the average person in the policy implementation to also enhance monitoring and protect the consumer against fake products.

He assured the public that while the innovation was being implemented, all concerns and challenges identified would be addressed quickly.