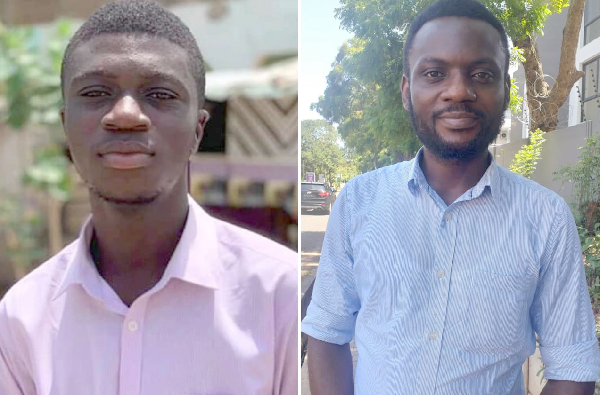 Some Ghanaians have expressed high hopes in the next administration to usher the country into a new level of development.

While congratulating the President, Nana Addo Dankwa Akufo-Addo, on his re-election for a second term, members of the public who spoke to the Daily Graphic in separate interviews explained that their expectations were high, given the President's performance in his first term and the promises he made to Ghanaians during his campaign for re-election.

While some of them said they wanted to see rapid development in the country’s road network, others said they were concerned about the quality and cost of education in the country, and the size of the government.

Some drivers and traders who spoke to the newspaper said the cost of fuel was a challenge for their businesses, so they desired to see a positive turn around in fuel prices.

A student, Joseph Adade McBeth, observed that “my only problem is how the President will be able to implement his flagship policies with a Parliament with a Speaker from the opposition".

“In terms of road development, I am expecting the construction and completion, as well as the fixing of some strategic roads to improve the transportation of goods and persons. In education, I expect more well thought-through policies to improve the quality of students our schools produce at a cheaper cost to parents and guardians, he said.”

An agriculturalist, Mr Collins Nsiah, intimated that “aside from peace which has brought the country this far, I expect to see more action in the agriculture sector, especially in the government’s Planting for Food and Jobs initiative. We need more investment in the sector in order to rake in the necessary revenue we deserve for our hard work all these years. I’m talking about advanced implements for farming and factories for value addition”.

A shopkeeper in the neighbourhood of the Kwame Nkrumah Circle Interchange, Miss Martina Adongo, said she expected the President to create more jobs to reduce unemployment among the youth.

“The President has already done well, and that is why Ghanaians voted for him for the second time, meaning he has a lot more to give Ghanaians, Therefore, I plead with him to do more greater jobs and create employment for the youth so that the unemployment situation can improve,” she said.

Meanwhile, a health worker, Miss Miriam Eshun, expressed her appreciation to the President on the measures taken to contain the spread of COVID-19, and the motivation and relief given to the entire citizenry, especially health workers.
She urged the President to work harder during his second term to improve the state of the country.

A mechanic at Kasoa, Mr Ephraim Ashun, also praised the former administration for the introduction of the Free Senior High School (SHS) policy.

He said he was happy about it because his twin daughters benefited from it.

“I need to commend the President for the introduction of the free SHS because my twin girls were beneficiaries and they passed really well to my expectation. However, the President needs to work harder this time around,” he said.

He added that "the Members of Parliament must also desist from actions that put the country in a bad light out there, since most countries look up to Ghana, when it comes to maintaining peace."