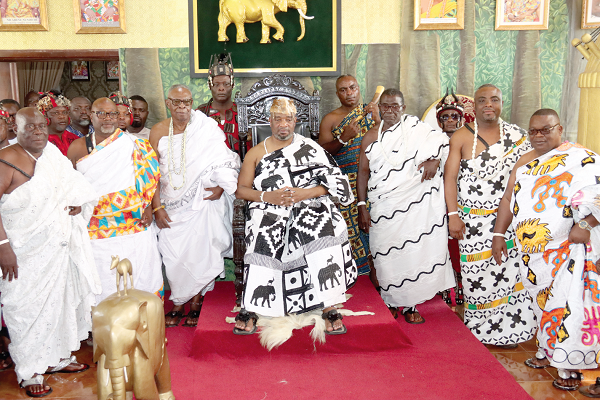 Six chiefs in the Ga State have been elevated to paramount status at a colourful ceremony where they swore allegiance to the Ga Mantse, King Nii Tackie Teiko Tsuru II.

Nii Quao Donkor II, however, could not make it to the ceremony. 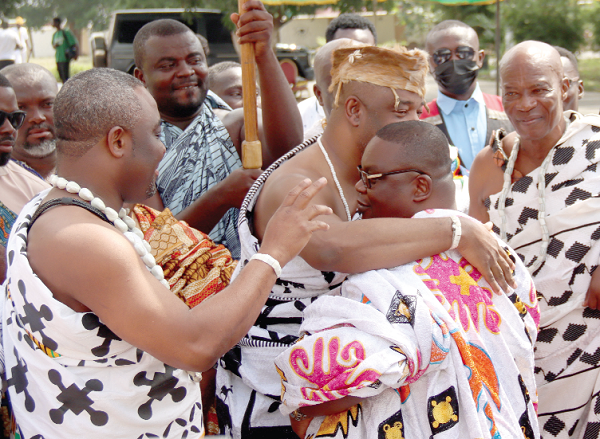 In 1998, the then Ga Mantse, Nii Amugi Sorsey, initiated the move to get all the 12 divisions of the Ga State elevated to paramountcy status, but only six were granted; namely, Tema, Nungua, Osu, Teshie, La and Ngleshie Alata.

This success by King Tackie Tsuru after a 24-year hiatus, will enable the Ga State in the various divisions to rally behind the Ga Mantse to pursue his agenda of unity and development which has eluded the Ga State for a very long time.

Swearing allegiance to the Ga Mantse on behalf of the six chiefs ahead of their elevation, the Akanmadjen Manste, Nii Ayikai III, pledged to respond to the call of King Tackie Tsuru anytime he needed them.

"We will respond to your call whether rain or shine," he said.

The chiefs later took turns to receive documents from the Ga Mantse confirming their new status. 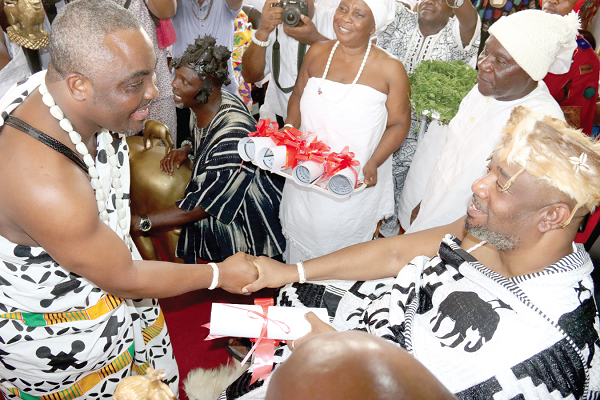 The colourful ceremony started with the arrival of entourages of traditional leaders from all the 12 quarters under the jurisdiction of the Ga Traditional Council.
Linguists with staffs with the different symbols of the areas they represented were seen wielding their symbols of authority while they walked alongside their chiefs.

The biggest staff of a wooden carved elephant with an antelope at its back representing the Ga State was held by a linguist seated in front of the Ga Mantse.

Mostly clad in white cloths the chiefs responded to appellations from youth groups, priestesses and the crowd who had gathered to witness the ceremony.

Warlords, known as 'Asafoatsemei' were seen wearing smocks and hats with the dominating colour being black or red, with different shades of amulets believed to be power buttons stacked on them.

The ceremony was conducted amid intermittent firing of muskets, playing of flutes, with traditional drummers seen busily doing what they do best and the pouring of libation by the Chief Priest of the Ga State, Nae Wulomo Numo Akwaa Mensah III, who was accompanied by priestesses and priests who responded to his prayer for unity of the Ga State, the abundance of food and progress of the state.

Linguists present at the ceremony had to lower their cloths from the shoulder to the waist, indicating a sign of respect, when the Ga Manste inaugurated the new paramount chiefs.
Young men wearing jute sack tops and straw hats were also seen with green leaves in their mouth, as a sign of silence, while some young girls carrying gold plated pots with flames and smoke lined the two sides of the entrance to the palace. 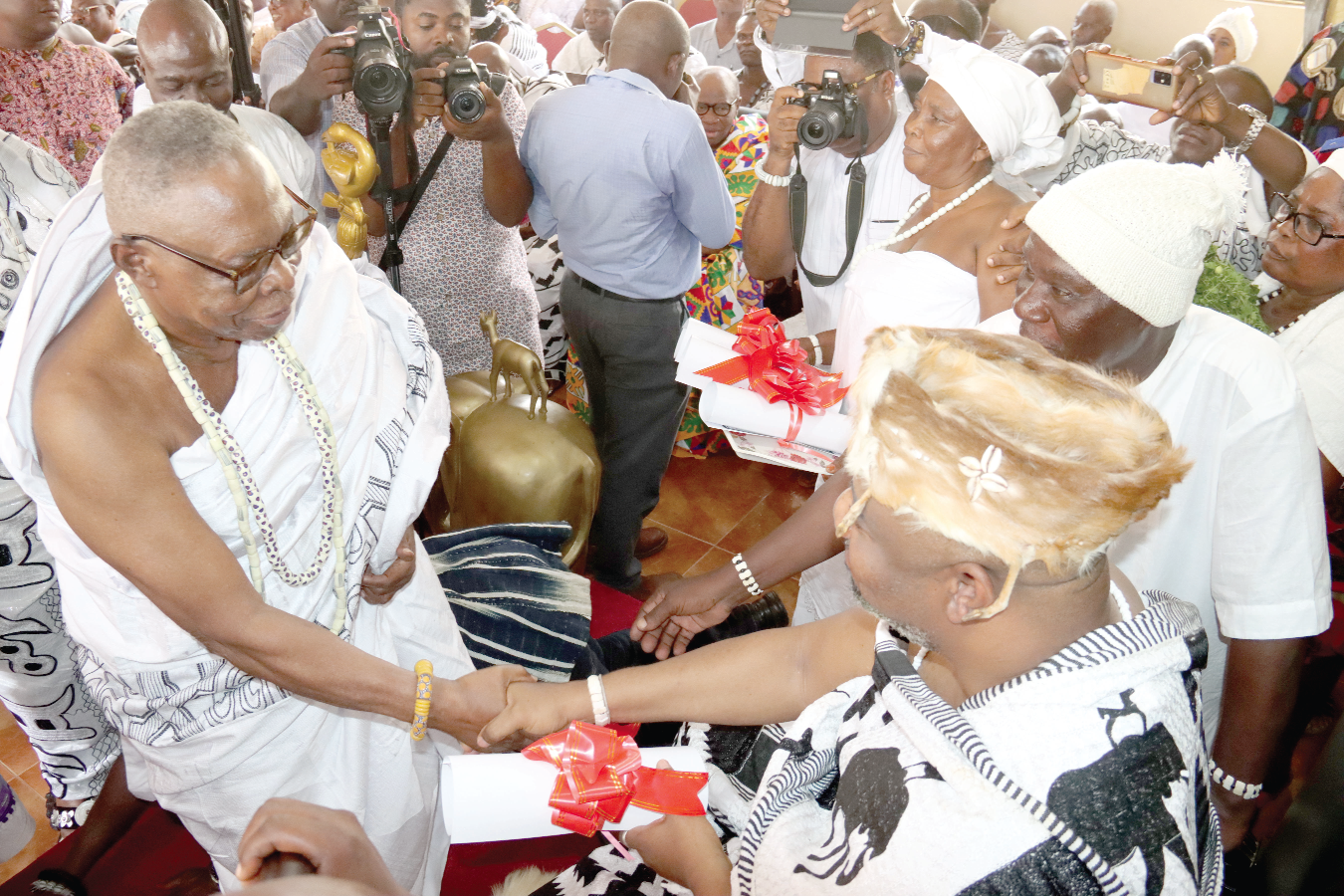 Wearing a black and white traditional cloth decorated with the Ga State symbol of an elephant carrying an antelope, the Ga Mantse took his seat at the head of the meeting with all eyes on him.

He admonished the elevated chiefs to use their positions to bring the people of their various jurisdictions and the Ga State in particular together.

"Let us live in unity. We are one people and we should live as one people for the benefit of future generations. We have to develop the Ga State," he said.

King Teiko Tsuru pledged to see to the resolution of all chieftaincy disputes, litigations and conflicts in the various areas which were undermining the development of the areas.

He urged the people to give the paramount chiefs the necessary respect and support.

"These chiefs have gone through a lot. They have struggled to get to this point. We appreciate their commitment and service to the Ga State. It is not easy to be a leader," he said.

The Mayor of the Accra Metropolitan Assembly (AMA), Elizabeth Sackey, used the occasion to introduce the winners of the various categories of this year's best farmer awards in the Greater Accra Region, to the Ga Mantse and the paramount chiefs.

The Overall Best Farmer for the Greater Accra Region, Charlotte Quarcoo, a fish processor, showcased a sword she had received alongside her award, to the gathering.

Mrs Sackey said farmers in the region and other parts of the country deserved to be appreciated and honoured, since they contributed immensely to food security in the country.

She urged all traditional leaders to also go into farming, either as small scale farmers or backyard gardeners, to complement their household feeding.