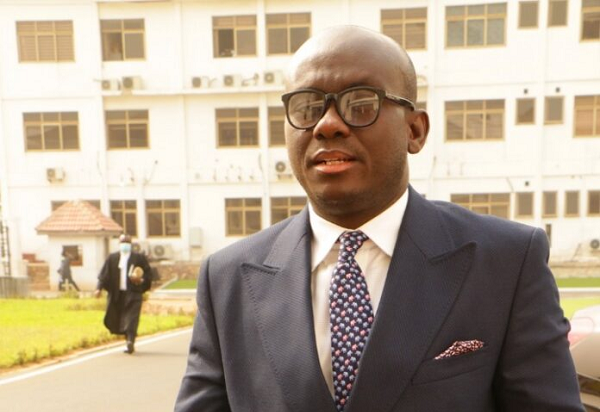 Parliament has passed the Criminal and Other Offences (Procedure) (Amendment) Bill, 2021 to provide for plea bargaining in the administration of criminal justice.

When assented to, the law will ensure the speedy trial of cases and help decongest the prisons.

The memorandum accompanying the bill named the benefits of plea bargaining, hence the amendment, to include a reduction in caseload of the courts and prosecutors, saving the state time and money by avoiding long and protracted trials, decongestion of the prisons due to reduced sentencing and aiding in the reform of convicted people.

The bill amends the Criminal and Other Offences (Procedure) Act, 1960 (Act 30), which was originally enacted as the Criminal Procedure Code and came into force on January 12, 1961.

The object of the amended bill, therefore, is to specifically recognise plea bargaining to be applicable to all offences, except those of treason and high treason.

Justifying the need for Parliament to pass the bill during its consideration stage last Friday, the Attorney-General and Minister of Justice, Godfred Yeboah Dame, said it was the first time plea bargaining arrangements were being introduced comprehensively in the country’s criminal jurisprudence.

“If, indeed, we are proceeding on this experiment for the first time as a nation, there is the need for us to tread cautiously.

“Mr Speaker, before the preparation of this bill, there were wide stakeholder consultations, and the preponderance of views was to the effect that there ought to be an exception to the plea bargaining agreement, that we ought to strike certain exceptions to plea bargaining negotiations,” he said.

Mr Dame explained that those exceptions must be informed by strong policy considerations — the interest of the nation and the revulsion of the public to certain classes of offences, including very violent crimes, sexual offences and offences that the nation generally abhors, and “that is why we are not including offences involving violent elections”.

The memorandum said Act 30 had been in existence for almost six decades, and that national and international criminal justice systems had undergone many changes during that period the act had been in force.

“As society changes and criminal jurisprudence evolves, there is the need to amend Act 30 to meet the needs of society and bring it in tune with international best practices. One of such evolving best practices is plea bargaining,” it said.

Plea bargaining is a process in the criminal justice system where an accused person relinquishes his/her right to go the full trial in exchange for some other benefits.
Such benefits might include a reduction of the offence charged to a lesser offence, reduction in punishment for an offence charged or a withdrawal of some of the charges against the accused person, the memorandum explained.

It said while plea bargaining might result in the withdrawal of charges entirely, in exchange for a promise to assist in the prosecution of others, most plea bargains ended in a conviction, either for one or more of the offences charged, or for a lesser offence of which the accused could be convicted.

It also led to the satisfaction of victims of offences through compensation and restitution, in addition to punishing the accused, it said.

“Due to the enormous benefits of plea bargaining, it has been adopted as part of the criminal justice system in both civil law and common law jurisdictions,” it said.

The memorandum indicated that some form of plea bargaining already existed in Ghana’s criminal justice system.

It added that recent enactments, such as the Office of the Special Prosecutor Act, 2017 (Act 959) and the Narcotics Control Commission Act, 2020 (Act 1019) also made provision for some form of plea bargaining in respect of corruption and corruption-related offences and narcotic offences, respectively.

“The majority of offences under our criminal jurisprudence are, however, generally excluded from plea bargaining,” the memorandum said.