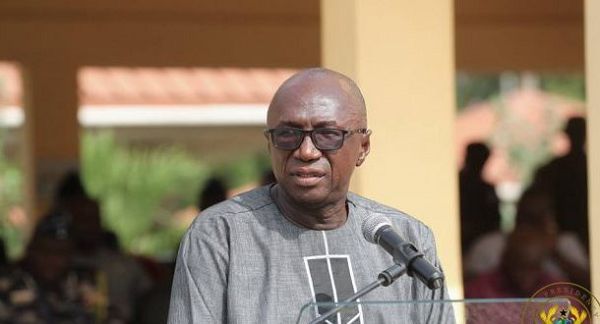 Some 525 recruits have graduated from the Fire Academy and Training School in Accra after six weeks of intensive training on firefighting.

The recruits comprised 278 males and 247 females who went through the various stages of the process, including the pre-recruitment medical examination and the selection processes.

They were exposed to the rudiments of firefighting required to manage and prevent undesired fires, and were provided with the required firefighting knowledge and skills through a hands-on approach to develop their operational competence.

The training strengthened their physical fitness and mental alertness through daily physical training and foot drills.

The reviewing officer for the passing out ceremony was the Minister for the Interior, Ambrose Dery.

The recruits performed thrilling drills mimicking their capability to respond to emergencies and disasters at the passing out ceremony.

The Overall Best Recruit was awarded to Fafali Anang who also won the Best in Academics.

Mr Dery commended the recruits for their discipline and comportment during the period of training.

Their smart turnout and brilliant performances on the occasion, he said, gave assurance that the Ghana National Fire Service (GNFS) had a bright future.

He also admonished the recruits to regard their current status as a privilege to serve the country.

“Remember to carry your profession with pride, and represent the service and by extension Ghana as a true firefighter, ready to save your country from life-threatening situations whenever you are called to duty,” the minister said.

Mr Dery said the country was located in a region that was volatile and prone to extremist activities.

He said so far, the country had been spared, but urged the service to create awareness among the populace to facilitate the fight against the entry and existence of extremism in Ghana.

The minister also commended the efforts of the leadership of the service for the innovative methods of educating the public on the dangers of fire.

He noted that currently, timely and trending information about the activities and educational materials of all forms could be accessed on the various social media platforms of the service.

Mr Dery also congratulated the public relations apparatus of the service for such an adjustment, which, he said, appeared to be very much in tune with prevailing times.

He said although the efforts of the GNFS were effective, they must be complemented by a positive response from the public by way of adhering to fire safety messages in order to prevent fire occurrences.

“It is very common to hear people blame the fire service when fires occur.

However, it is important to assess how the fire commenced and possible negligence or carelessness of victims in the occurrence of the fire,” the minister said.

“I believe a sincere analysis in each case would reveal, in many cases, contributory carelessness of victims.

Accordingly, the responsibility of preventing fire outbreaks lies on both the citizens and the firefighters.

We are all important stakeholders in the fight against undesired fires,” he added.