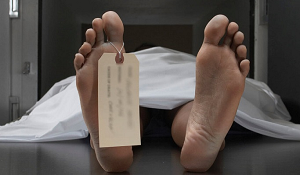 A motor rider and his pillion rider died 24 hours apart when they fell off their unregistered motorbike from the third tier of the Pokuase Interchange last Saturday.

The rider died on the spot, while the pillion rider, who sustained injuries on the head and the body, was transported to the Ofarkor Community Hospital while he was still conscious.

The body of the rider was, however, left on the pavement for more than an hour before it was taken to the Police Hospital morgue upon the arrival of the Pokuase District Police on the scene in response to distress calls.

The Pokuase Interchange is a four level stack interchange, the biggest in West Africa.

The Public Relations Officer of the Accra Regional Police Command, Deputy Superintendent of Police (DSP) Juliana Obeng, confirmed the incident and said the pillion rider was referred to the Ridge Hospital where he died yesterday.

She said the police had not been able to identify the two persons whose motorbike was unregistered, and appealed to the public to help the police establish the identity of the two in order to hand their bodies to their families.

The External Operations Manager for the Zhongmei Engineering Group Limited, contractors of the Pokuase Interchange, Mr Desmond Yaw Hodanu Bedi, who witnessed the incident, said the two on the motorbike were riding towards Pokuase from the direction of Awoshie.

He said per the road instructions and signs around the Pokuase Interchange, vehicles or motorbikes moving within the speed limit of 40 kilometres per hour should not fall off.

A commercial vehicle driver, Mr Samuel Danu, said he and his colleagues heard a sound “as if something has fallen from the top to the ground, but were not sure until we saw people going in a direction and we followed. We found one man dead and another who was stretching his legs, meaning he was alive”.