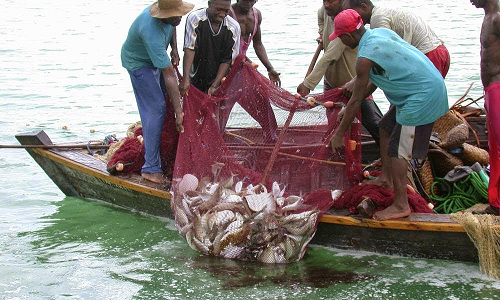 The Director of the Environment and Natural Resource Research Initiative (ENRRI – EfD Ghana), Professor Wisdom Akpalu, has called for a strict and proper regulation and management of Ghana’s fisheries sector in order for the country to reap maximum rents (profit).

He explained, for instance, that allowing many trawl vessels and canoes to fish in the country’s waters had let to overexploitation and overfishing, hence reducing dramatically the country’s fish stocks.

Prof. Akpalu, who is also a Natural Resource Economist and Dean of the School of Research and Graduate Studies of the Ghana Institute of Management and Public Administration (GIMPA), was speaking at a training workshop organised for media personnel reporting on the fisheries sector in Accra on Thursday, November 19, 2020.

The two-day training workshop was organised by the ENRRI-EfD Ghana in collaboration with the Institute of Statistical, Social and Economic Research (ISSER) of the University of Ghana and the School of Research and Graduate Studies (SRGS) at GIMPA, with funding from the Swedish International Development Initiative (Sida).

Participants at the workshop

It was aimed at building the capacity of journalists to enable them effectively play their pivotal role of producing and disseminating simplified and accurate environmental information and stories for the benefit of the general public.

The training, thus, supports the mandate of ENRRI-EfD Ghana to build capacity for the sustainable management and use of Ghana’s natural resources as well as contribute to furthering the skills of environment and natural resource-inclined journalists in Ghana.

The training workshop brought together journalists from the print and online, radio and television.

ENRRI– EfD Ghana is one of the 15 centres under the Environment for Development (EfD) Initiative.

ENRRI is hosted by ISSER and GIMPA, and brings together accomplished researchers with varied expertise in environmental economics from Ghana and elsewhere to conduct evidence-based research, and advise government and development partners on policy options for managing the environment and scarce natural resources.

Prof. Akpalu said the fisheries sector was so critical to the country’s economy and that the sector contributes export revenue of about US$15 million annually.

He explained, for example, that the fisheries sector contributes 15 per cent to the country’s Agricultural Gross Domestic Product (GDP) and five per cent of the country’s total GDP. 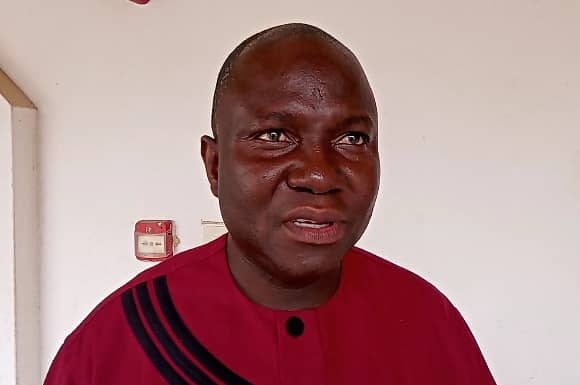 He noted further that in terms of animal protein, the fisheries sector contributes about 60 to 70 per cent, adding that over two million people’s livelihoods depend on the sector in the country.

The renowned natural resource economist pointed out that the country was losing it out big to illegal fishing practices such as overfishing—indicating that whereas the artisanal sector could potentially make a maximum yearly profit of $271 million, they were currently making $169 million, hence losing about 37 per cent of their potential rent.

Prof. Akpalu said in the case of tuna fishers, they could potentially make a maximum yearly profit of $225 million but they were currently making $139 million, noting that the sector was losing about 38 per cent of their potential rents.

He also explained that whereas industrial trawlers could make a maximum yearly profit of $78 million, they were currently making $37 million, meaning that they are losing about 52 per cent of their potential rents.

Prof. Akpalu said the country’s fish stock had dwindled and that many fishers in spite of the efforts they put into their fishing expeditions, were unable to get the expected catch.

That, he noted, due to the decline in the country’s fish stocks, Ghana imports more than 50 per cent of its fish products, a situation he said was putting pressure on the country’s budget.

He explained that the country only produced about 41 per cent of its fish products domestically and even with that, it included fish from aquaculture and other inland sources.

For Prof. Akpalu, considering the critical nature of the country’s marine fisheries sector, it was important that state authorities take immediate steps to sanitize the sector from the various illegalities taking place there.

He said safeguarding the depletion of the country’s fish stocks, particularly the small pelagics meant would save over two million Ghanaians from becoming unemployed.

That, he said, the country ought to immediately end the illegal fish transshipment at sea, popularly called “Saiko”.

Prof. Akpalu expressed the worry that “Saiko” in particular was greatly contributing to the depletion of the country’s fish stocks at an alarming rate.

He said, for instance, that Saiko exceeded normal trawl landings in Ghana by 150 per cent in 2017, adding that it also accounted for 57 per cent of the landings of artisanal fishers in the same year.

For him, saiko is accelerating the depletion of small pelagic stocks, which are the main target of artisanal fishers in the country.
Measures and returns

Prof. Akpalu was of the view that every cedi spent on improving management practices would bring multiplied returns, noting that if the country spent one Cedis in acquiring video devices in trawl vessels to monitor illegal fishing practices, it will get GH¢20 on each one Cedis spent.

He noted that mounting video devices on trawl vessels would help to reduce incidents of illegal fishing, explaining that trawl vessels were the major culprits of Saiko fishing.

He expressed the worry that for over a year ago, no trawl vessel was monitored with a video device, hence creating a conducive environment for them to engage in illegal fishing practices.