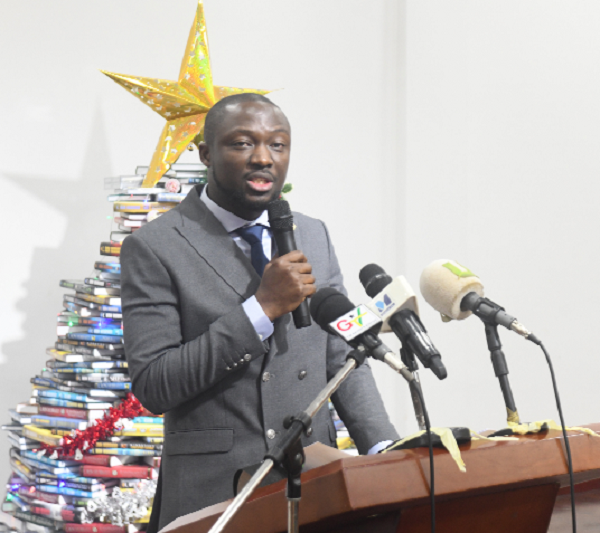 The Ghana Library Authority (GhLA) has declared 2022 as the ‘Year of Books’ to raise awareness of the need to invest in increasing book stocks on the shelves of public libraries in the country.

On the theme: “Libraries as community anchors for transformation”, the declaration is to coincide with the selection of Accra as the designated World Book Capital in 2023.

The Executive Director of the GhLA, Mr Hayford Siaw, who announced this at a press briefing in Accra on December 31, 2021, mentioned four thematic areas that would anchor the Year of Books — promoting literacy interventions implemented by the authority, increasing the number of library resources, institutional strengthening and improvement in the delivery of library infrastructure.

Mr Siaw described 2021, which was declared the Year of Literacy, as successful, in spite of the ravaging COVID-19 that impacted negatively on the country and the world at large.

He said in 2021, the GhLA was able to add 17 libraries to the existing 90 public libraries, bringing the total to 107, and also renovated eight of the existing ones.

Speaking on library patronage, Mr Siaw said the outbreak of the COVID-19 seriously affected the physical use of public libraries over the last two years.

For the digital library performance, Mr Siaw said in all, 24,275 digital memberships were recorded as of 2021.

Touching on other achievements, Mr Siaw said last year, the GhLA, in collaboration with the Ghana Education Service and the Ministry of Education, rolled out a Learning Management System (LMS) called Edmodo Ghana, “an online classroom that connects students, teachers and parents”.

Mr Siaw said one other major achievement of the GhLA in 2021 was the building of the capacity of senior high school and public librarians in digital service delivery.

Giving a breakdown of the training, he said 105 were trained at the head office of the GhLA, 38 at the Youth Engagement Centre and two, 30 and 40 in the Bono, Ashanti and Eastern regions, respectively.

In the Volta Region, only nine were trained, while 25 were trained in the Central Region and 11 each in the Upper East and the Upper West regions.