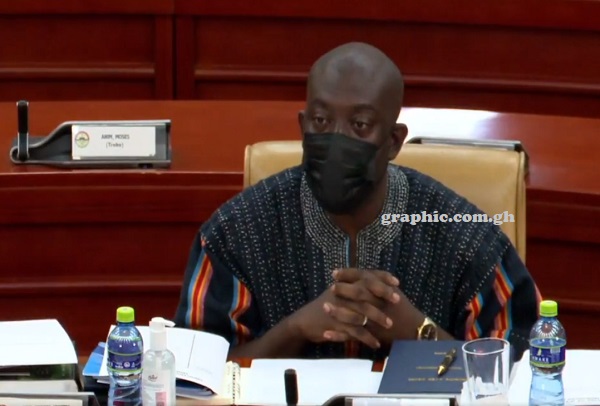 The Minister-designate for Information, Kojo Oppong Nkrumah has stated that a GH¢25 million debt owed to the Electricity Company of Ghana (ECG) by the Ghana Broadcasting Corporation (GBC) has been ring-fenced as part of efforts to manage the significant financial challenges confronting the national broadcaster.

Taking his turn before the Appointments Committee of Parliament today, Mr Oppong Nkrumah said the President Akufo-Addo administration was exploring ways to service the debt which was inherited from the previous administration.

What is ring-fencing?
In business and finance, ring-fencing occurs when a portion of a company's assets or profits are financially separated without necessarily being operated as a separate entity.

"They still have significant finance challenges I must say, in terms of outstanding electricity bills and old debts that are hanging around them," Mr Oppong Nkrumah said.

"Well, we inherited an electricity debt of about 25million cedis which has been ring-fenced..."

He explained that the debt has been ring-fenced because part of GBC's transmission infrastructure which contributed to the rising debt is no longer in use.

He said the analogue equipment had been set aside because of the on-boarding of the Digital Terrestrial Television (DTT) platform.

He also stated that the GBC has also established two new digital television channels and one radio station based in Yendi as well as acquired some new equipment through JICA.

The channels established by GBC are the Ghana Learning Television, Garden City Television and Naya Radio which was commissioned in November last year.

It will be recalled that in November 2019 at the prompting of the Chairman of the National Media Commission (NMC), Mr Yaw Boadu-Ayeboafoh, President Akufo-Addo directed the Ministry of Information to bring an amicable resolution to the issue.

He asked Mr Oppong Nkrumah to see how best to deal with the payment of the huge electricity bill of the GBC.