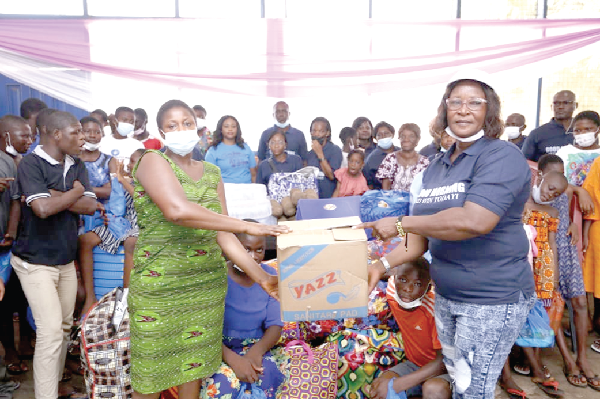 Friends of TB Joshua, a non-profit organisation, has supported two orphanages in the Greater Accra Region.

The orphanages are the Echoing Hills Orphanage Home at Madina and the Teshie Orphanage in Accra.

At the Echoing Hills Orphanage, the group donated items valued at GHC12,000.

The organisation also presented an undisclosed amount to the management of the home as part of the ministry’s social responsibility.

The items were donated to the orphanage as part of activities to celebrate the life of Prophet TB Joshua, founder of the Synagogue Church of all Nations (SCOAN), who died in June this year.

Presenting the items to the orphanage, leader of the organisation, Mrs Millicent Ofori Atta, said the donation was to support the running of the home.

Mrs Ofori Atta, who was of the belief that the items would help reduce the pressure on the management of the home, said the legacies of Prophet TB Joshua, including caring for widows and orphans had been a source of inspiration to the organisation which had engaged in such activities in the last eight years.

She commended the organisation for the gesture, saying the items would go a long way to improve the wellbeing of the children in their care.