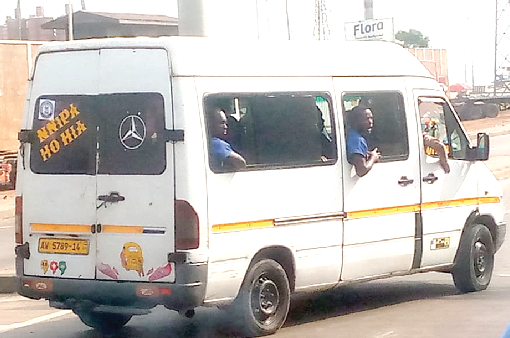 As a result of the ongoing strike by cocoa carriers in the country, bags of cocoa are piled up at various centres, compelling the Cocoa Marketing Company (CMC) and its contractors to resort to the use of prison inmates to carry the beans from the points of collection to the ports.

Since last Monday, the carriers in Takoradi, Kumasi and Tema have been on a sit-down strike over the refusal of the CMC to increase the fee for carrying a bag of cocoa from 62Gp to GHc1.

They also turned down an offer of 82Gp per bag at a meeting organised by Ghana Cocoa Board (COCOBOD) with other stakeholders last Thursday.

In a bid to avert a crisis situation in the industry, the CMC, which engages the cocoa carriers, has adopted a temporary measure by engaging inmates of prisons for the exercise.

The management of the company, however, refused to talk about the issue when the Daily Graphic tried to get an explanation.

Over the weekend, when the reporter visited some storage facilities, it was observed that contractors were relying on casual labourers, as well as some prison inmates, to carry cocoa into COCOBOD's warehouses in Tema.

A mini van was also spotted carrying some prison inmates out of the warehouse, confirming the assertion by the carriers association that the CMC had contracted some temporary carriers.

At Kajebil, the carriers had deserted the area, as some trucks loaded with cocoa that had arrived earlier in the week were still parked.

And in Takoradi, bags of cocoa were also said to have piled up in storage facilities at some locations.

The National Chairman of the Cocoa Carriers Association, Mr. Raymond Abobiga, told the Daily Graphic in a telephone interview that members of the association were being short-changed by the contractors.

He claimed that for the past five years, carriers had been paid 62Gp per bag, while the fees for contractors engaged in loading the cocoa beans kept increasing.

According to Mr. Abobiga, the posture of the CMC clearly showed that it had never cared about the welfare of the carriers but rather that of the contractors and the licensed buying companies (LBCs).

He said the carriers worked under very challenging conditions and were also exposed to the chemicals used to fumigate the beans.
Besides, he said, the physical strength needed to undertake the work was such that members were always falling sick, without any health insurance or social security.

“Carriers seldom survive sickness since we started this job. Last year alone, we buried seven people in Kumasi,” he added.

According to him, the demands of the job were such that members ought to be in good health to be able to perform their tasks effectively and believed that the GH¢1 they were demanding was justified.