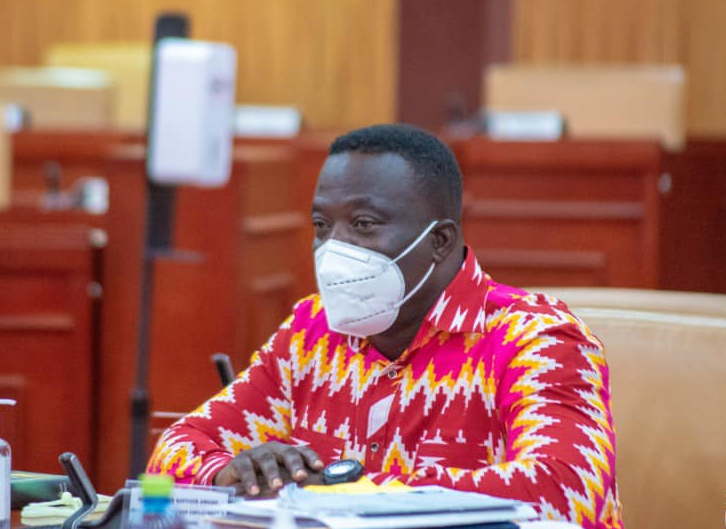 The Minister designate for Employment and Labour Relations, Mr Ignatius Baffour Awuah, has said the current short working period does not augur well for the national pension scheme and has, consequently, argued for the extension of the compulsory retirement age of public workers to ensure the sustainability of the scheme.

“I have raised this issue on several platforms, and even if you look at the sustainability of the pension scheme, when you have a short working period, it doesn’t augur well,” he said in response to a question from the Member of Parliament (MP) for Bawku Central, Mr Mahama Ayariga, on the need to extend the working age of public workers.

Taking his turn before the Appointments Committee of Parliament (ACP) yesterday, Mr Baffour-Awuah said: “When people stay longer in work, they accumulate more funds and are able to retire on a more handsome pension than when their working period is very short.”

The minister designate, however, pointed out that there was a disadvantage too should the government decide to extend the retirement age.

“We live in a country where unemployment is high. We have more and more people completing school who would want to be in the public system, so if we have a chunk of tired hands already in the system and the new ones are also not getting jobs, it is a concern.

Article 191 of the Constitution sets the compulsory retirement age at 60 years, which was later amended to enable a five-year contract to be given to a retiree, subject to certain conditions.

Mr Ayariga had pointed out that he was sponsoring a private bill in Parliament that would propose a further amendment to the Constitution to extend the compulsory retirement age from 60 to 65 years.

“Today, life expectancy in Ghana, due to improvement in health, is 64.42 years and we are losing a lot of experienced, very healthy and capable public service workers to retirement,” he noted.

“Many people start family life late and their children are mostly still in school when they are compulsorily retired and family incomes are negatively affected, with dire consequences for the education of their children. An extended retirement age will ensure that the youth are guaranteed family income to sponsor their education.

“With improved health care and increased life expectancy, the current compulsory retirement age of 60 years hurts the Public Service and the Judiciary of healthy, competent and experienced people. And many of them live an additional 20 years or more and become a burden on the pension scheme which has to support them in retirement when they could actually work,” Mr Ayariga explained.

Mr Baffour-Awuah said the Ministry of Finance had set aside GH₵50 million as seed money to support the government’s Unemployment Insurance Scheme set up to support formal and informal workers who lost their jobs as a result of the impact of the COVID-19.

He said the intention of the fund was to allow workers who had lost their jobs to get some amount of money for their sustenance and retraining to enable them to secure other jobs.

The fund is a component of the COVID-19 Alleviation and Revitalisation of Enterprises Support (CARE) programme meant to cushion businesses and individuals against the impact of the COVID-19.

“This is a seed fund which will be paid to an insurance company and we will also expect some other stakeholders to make contributions to the fund,” he said.

Setting the records straight, Mr Baffour-Awuah said the intention of the unemployment fund was not to offer unemployed  persons the opportunity to have some money from the government.

He explained that prior to the outbreak of the COVID-19 in the country, nobody anticipated that in a year the country could experience so many people being dislodged from their work, through no fault of their employers.

He said what the government sought to do was create an insurance scheme and pay money into it as a stakeholder, with other stakeholders, such as employers, also contributing some amount.

He said the government had set up a technical committee, made up of employers, labour unions and government officials, to work on how the fund would be operated.

Responding to a question by the MP for Bodi, Mr Sampson Ahi, that casual workers in Ghana had no guarantee of employment security and incomes, Mr Baffour-Awuah said it was against the law for any employer to engage a casual worker and pay him or her below the national minimum wage.

The MP for Builsa North, Mr James Agalga, quizzed the nominee on what had initially informed the government’s decision to migrate the security agencies, rather than the military, from the capitation pension scheme.

Responding, Mr Awuah said the new Pension Act, Act 766, provided that the minister responsible for pension should, within five years of the act coming into force, work towards unifying all pension schemes within the public space.

He said ideally that should have been done in 2015, but it was not done and he took it up as one major task when he became the Minister of Employment and Labour Relations.

He pointed out that it was the decision of the government that all pensions be unified, with the exclusion of the security agencies.

Dwelling on job creation, the nominee indicated that the first term of the President saw the creation of three million jobs and expressed his readiness to defend the figure anytime.

“I have indicated my readiness to supply information by the close of day and I still stand by what I said,” he said.

Making reference to the various surveys conducted on child labour in Ghana, especially in cocoa production, Mr Awuah said it was an important issue that needed urgent national attention.

In line with such urgency, he said, the government, together with development partners, had developed a national plan of action to combat and eradicate child labour.

Recounting the countless abusive and harrowing experiences of Ghanaian domestic workers at the hands of their employers outside the country, the minister designate told the committee that the government had placed a temporary ban on the export of domestic workers to the Gulf states.

Following the ban, he said, Ghana had engaged most of the recipient countries in the Gulf and they had jointly developed bilateral agreements to deal with the abuse of domestic workers.

He added that with Parliament having approved legislation to cover domestic work, “we have a benchmark in negotiating with recipient countries and we also have a system whereby would-be domestic workers will trained before their export”.

“I have sent a memorandum to the Cabinet, giving details of the work we have done and requesting it to lift the ban,” Mr Awuah said.