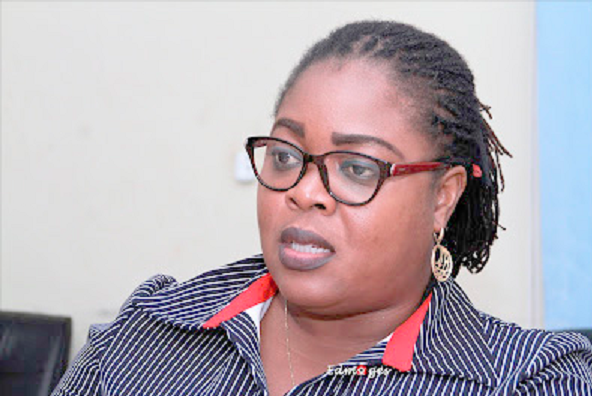 The Environmental Services Providers Association (ESPA) has welcomed the proposed 10 pesewas Sanitation and Pollution Levy (SPL) announced by the government in this year’s Budget Statement and Economic Policy.

The SPL now awaiting parliamentary debate and approval is 10 pesewas on the price per litre of petrol/diesel under the Energy Sector Levy Act (ESLA).

The Member of Parliament for Suame Constituency and Leader of Government Business, Mr Osei Kyei-Mensah-Bonsu, announced the new policy when he delivered this year’s national budget in Parliament on behalf of the Minister designate for Finance and Economic Planning, Mr Ken Ofori-Atta, who was then out of the country to seek medical attention.

It was the first time in the country’s fledgling democracy that another minister other than the Minister of Finance had presented the budget in Parliament.

Reacting to the announcement, the Executive Secretary of the ESPA, Ms Ama Ofori Antwi, commended the government for the initiative. She explained that if well implemented, such a policy would provide sustainable financing of sanitation and other related activities for players in the industry and significantly bridge the lacuna that currently exists in funding environmental sanitation activities.

The ESPA and other stakeholders in the sanitation sector have for some time now advocated  the establishment of an environmental levy to aid in efforts to keep the country’s cities clean and free from filth.

“The announcement is therefore extremely encouraging for us. We believe that it is coming at the right time when most of our members are facing stiff financial challenges in their daily operations as a result of the unwillingness of residents to pay for sanitation services rendered to them by our members,” Ms Ofori Antwi said.

“It is our expectation that the SPL will help create an enabling environment for the private sector and therefore, foster competition for improved environmental sanitation services.

“Environmental sanitation remains a powerful force for human development as it affects the quality of life with respect to improved health and wealth”, she added.

Ms Ofori Antwi reiterated the need for the establishment of a Sanitation Fund to be administered by a National Sanitation Authority to ensure equitable and timely disbursement of funds that will accrue from the SPL.

The SPL is expected to shore up the government’s revenue to enable it to tackle critical infrastructure needed for improved environmental sanitation in the country.

Some of the infrastructure mentioned included the re-engineering of the Kpone Landfill and Waste Treatment Plant in the Greater Accra Region and the Oti Landfill in the Ashanti Region.