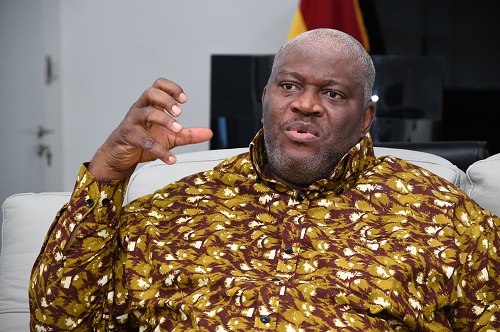 The Greater Accra Regional Coordinating Council (RCC) is deploying a 3,500-member City Response Team across the region to enforce by-laws on sanitation and discipline.

Starting from Tuesday, April 19, this year, the first batch of 1,000 men and women who have completed a month’s training at the Ghana Armed Forces Bundase Training Camp will be put to work in the central business district (CBD) and some strategic parts of the national capital, Accra.

The remaining 2,500-member team will be deployed after Ramadan at the end of this month.

The selection of the men and women was transparently done by the RCC, in collaboration with the metropolitan, municipal and district assemblies (MMDAs).

They are to help implement the ‘Let’s Make Accra Work’ initiative, which is meant to instil discipline across the region and particularly restore the image of Accra as a city of decency.

The Regional Minister, Henry Quartey, who made this known in an interview with the Daily Graphic in Accra last Monday, said: “We are determined to ensure that the ‘Let’s Make Accra Work’ initiative succeeds.”

The four-year exercise is being supported by Zoomlion Ghana Ltd and already vehicles and other logistical requirements, including uniforms, have been provided to ensure uninterrupted and smooth flow of work.

Mr Quartey, who is the architect of the ‘Let’s Make Accra Work’ initiative, had, on April 9, last year, led the RCC to put the initiative into action. 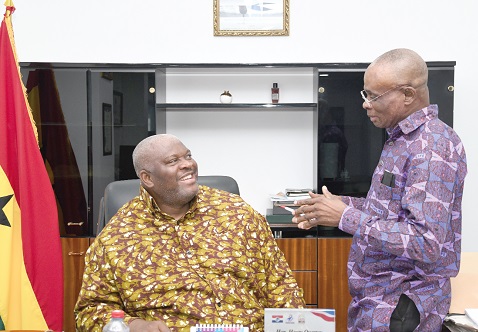 With the support of the security agencies, traders who had illegally occupied the pavements in the CBD were cleared, while illegal structures on the shoulders of roads were also removed.

It was followed by another massive exercise at Agbogbloshie on July 1, 2021, during which scrap dealers were evicted and hundreds of structures demolished.

For this exercise, the minister mentioned areas to be covered by the response team to include Kaneshie through the Graphic Road, Farisco to UTC, the PWD area at Tudu connecting to the Kojo Thompson Road and the back of the Accra City Hotel, the Kwame Nkrumah Interchange, parts of Adabraka, Lapaz and the Accra Mall.

“These are congested areas where we need to keep an eye on and keep decent,” Mr Quartey stated.

Mr Quartey said members of the response team would further engage traders who had taken over the roads and pavements, as well as other places, to vacate those places.

“It’s not going to be rambo-style. When they do that, there will be defiance, which will not be good. These are civilians who have been given a little military touch, so they can bring up the discipline we are all looking for,” he explained.

The regional minister said per the working arrangements of the RCC, a lot had been achieved since the policy to decongest the city kicked off.

That had been bolstered by the Operation Clean Your Frontage initiative, in which Zoomlion Ghana Limited was keenly involved, he said.

Nevertheless, he admitted that it had not been all smooth sailing, as some recalcitrant people, including traders, tried to find their way back to the illegal places.

“The challenges we have in the CBD are many, and they have gone on over decades, so certainly we cannot tackle the challenges in days or weeks. But with determination and purpose, we will be able to get to our final destination,” he said.

“I will say that we are at the crossroads and we will need the support of all stakeholders to hit our target,” he added.

He said he was encouraged by the fact that over the past months, collaboration with the people had been very good, especially on awareness creation.

“The massive exercise we undertook was very successful; we cleared Abuja; we have been able to tackle almighty Agbogbloshie and the future looks bright with the right approaches,” he intimated.

Commenting on the nuisance created by cattle on some of the streets of the city, he said there was a by-law to check the roaming of animals in Accra.

He explained that the problem was one of the fallouts of the demolition at Agbogbloshie, but assured residents of Accra that it would be dealt with.

According to him, the area alone was home to over 30,000 cattle, and that following the demolition, the owners had found it difficult to get a place to keep them.

To tackle that challenge, Mr Quartey said, his outfit was working on getting a tract of land outside Accra where the animals could be kept.