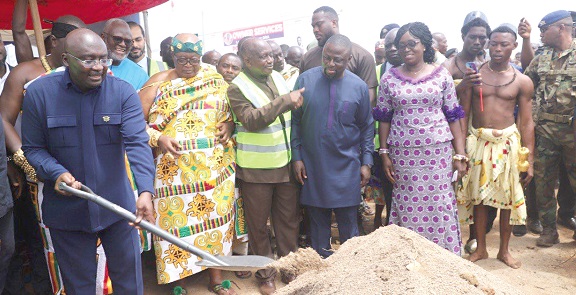 The Vice-President, Dr Mahamudu Bawumia, has cut the sod for the construction of 32 Technical and Vocational Education and Training (TVET) centres across the country.

The skills acquisition project is aimed at increasing the employment rate of the youth in the country.

The event took place at Abrankese in the Bosomtwe District in the Ashanti Region yesterday [June 6, 2022].

The project which commences immediately is expected to be completed in 30 months and each of the 16 regions will have two of such centres of excellence.

The centres will also have competency-based training (CBT) curriculum and content development for 30 vocations.

Some of the beneficiary areas the centres will be established are Abrankese, Akyem Awisa in the Eastern Region, Boako in the Western North Region, Kenyasi in the Ahafo Region, Patuda in the Bono East Region, Dambai in the Oti Region, Salaga in the Savannah Region, Guabuliga in the North East Region and Tolibri in the Upper West Region.

The project at Abrankese is being sited on a 50-acre land with training infrastructure, including smart classrooms, laboratories and workshops.

The first phase of the project, which is €158.9-million, is being funded by two international banks – ING of the Netherlands and BNP Paribas of France.

Parliament in 2020 approved a concessional loan for the construction of the first phase.

Dr Bawumia said the construction of such centres was in tandem with plans by the government to industrialise the country.

"One of the key pillars of the industrialisation agenda of the government is to revamp and modernise TVET so that it becomes responsive to the needs of industry,” he said.

According to the Vice-President, the government over the past five years had worked to improve on the technical education sector by ensuring the passage of Act 1023 and Act 1049 respectively to enhance quality, expand access, and increase funding for TVET.

The Ministry of Education, in December 2019, entered into a Master Framework Agreement (MFA) with Planet One Education Limited for the establishment of the 32 centres.

Planet One is a globally established organisation with expertise in the education sector. 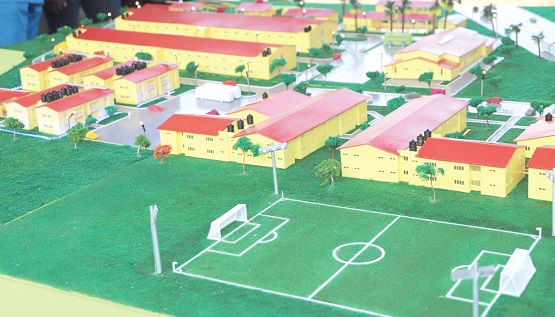 The organisation supported the upgrading and modernisation of National Vocational Training Institute (NVTI) in the country.

The Vice-President said the government was also upgrading and modernising the NVTIs.

He said to ensure sustainable development, there was the need to pay attention to the training of the youth with the necessary skills to serve as key drivers of the economy.

The Minister of Education, Dr Osei Yaw Adutwum, said the investment in TVET was important because there was currently a shortage of high-semi-specialised skill labour and an excess supply of low-skill labour, leaving the country in a quagmire of low-skill equilibrium.

"We live in a global economy, and when our students graduate, they are no longer going to be competing just with people here in the country for jobs, but with people all over the world for the same jobs," he said.

For his part, the Ashanti Regional Minister, Simon Osei-Mensah, expressed appreciation to the government for the project, saying "TVET is the way to go. Let's give priority to TVET and encourage all to embrace it".