Major power transmission lines are to be reconstructed to ensure an effective supply of electricity in the country, Ghana Grid Company (GRIDCo) has said.

It said three major lines — western corridor, coastal and middle — have all outlived their usefulness and, therefore, required immediate reconstruction.

Taking his turn at the Meet-the-Press series in Accra yesterday [June 6, 2022], the Chief Executive Officer of GRIDCo, Ebenezer Kofi Essienyi, said the old lines, which were built in the 1960s, were contributing to significant losses for the company.

The press briefing focused on the demand outlook of the company, operational challenges, transmission constraints and upcoming projects.

Mr Essiennyi said the Public Utility Regulatory Commission (PURC) had been engaging the company to reconstruct the lines to reduce the transmission losses.

At the moment, he said the company was considering the reconstruction of the major lines from Tema to Accra to increase the voltage and transmission capacity to reduce transmission losses.

He mentioned other major projects to include the Ghana-Germany Compact and improvement of the Southwestern infrastructure (western corridor transmission upgrade project) and the construction of a back-up control centre to manage the grid.

According to the CEO, the first two projects were expected to commence this year with the necessary support. 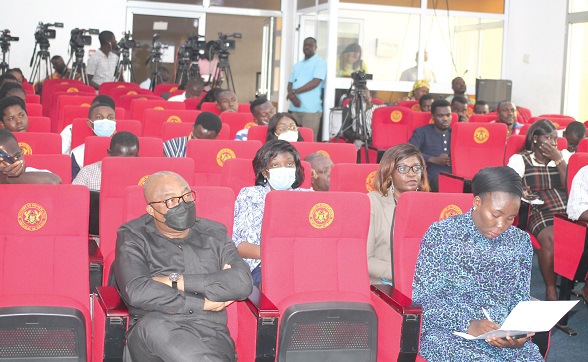 He said GRIDCo had about 14 generating companies with installed capacity of 5,246 megawatts and 5,500 transmission lines.

He further mentioned redial lines as some of the challenges the company was grappling with, saying “we have lines that are radial in nature and, therefore, when they go off and we need to work on them, consumers must be off for the period of the work”.

“Tamale-Yendi is a radial line, and Asiekpe to Kadjebi is also a radial line. So if anything happens to Asiekpe, let’s say Ho, the rest of the lines up to the North, including Kadjebi will be off”, the CEO added.

Other operational bottlenecks include overgrowth under transmission lines in the forest, encroachment of right of way and activities of illegal miners (galamseyers).

“It is a real challenge. It is extremely dangerous and we need to understand the risk associated with a tower collapsing or the conductor falling or impeding the work of technicians,” the CEO said.

Mr Essienyi said his outfit was setting up a task force made up of three teams who would be equipped to monitor the right of ways in the Ashanti Region — Kumasi-Obuasi-Northern side enclave; Western Region- Takoradi-Tarkwa-Cape Coast-Winneba enclave, and Tema- Accra-Volta-Kadjebi areas.

He said they were also introducing drone technology to inspect electricity lines for timely repairs.