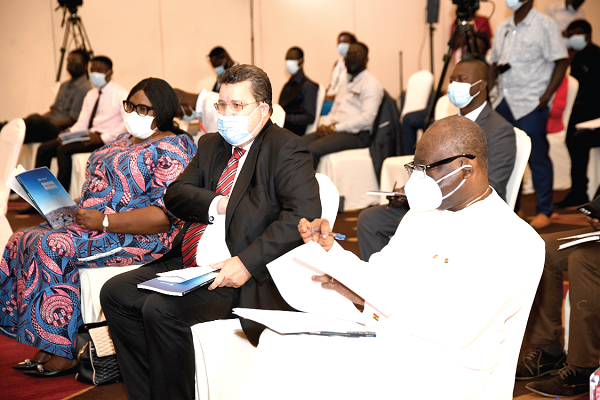 The World Bank has identified the widespread adoption of digitalisation in all sectors of the Ghanaian economy as a tool to accelerate national development.

According to a study by the bank, without sufficient digital infrastructure and a skilful workforce, Ghana could lose out or be left behind in development indices.

This was contained in the Ghana Country Economic Memorandum (CEM) report for 2021 which the World Bank inaugurated in Accra yesterday.

It was prepared by a team of World Bank economists and young professionals, including Mr David Elmaleh, who led the task, with Dr Katherine Stapleton as co-task team leader.

It further recommends that to create jobs, there is the need to drive sectoral transformation, thereby moving workers to more productive sectors of the economy.

The country should also embark on moving from low to high productivity activities through urbanisation and trade integration.

According to the report, “global innovator" services, particularly Information and Communications Technology, as well as business services, could also play a critical role in that direction.

It also recommends improvement in Internet connectivity, investment in foundational and advanced digital skills, as well as facilitating technology adoption for firms.

It further emphasises the need to leverage the financial sector to facilitate firm expansion, technology adoption and innovation.

He said the greatest impact on Ghana's Gross Domestic Product (GDP) would be to make the necessary reforms to raise productivity of export-oriented global innovator services and manufacturing, which he said could start now under the new budget.

The Minister of Finance, Mr Ken Ofori-Atta, described the report as “timely and resonates with the government's priority to create jobs and an entrepreneurial state for the youth as part of the post-COVID-19 revitalisation of the economy”.

He acknowledged the fact that persistent youth unemployment was among “the most pressing economic concerns confronting many developing countries, including Ghana”.

The minister expressed appreciation to the World Bank for its continued support to the country’s development effort, saying: “The World Bank is by far one of Ghana's biggest development partners in terms of volume and spread of assistance across the various sectors of the economy."

According to the African Development Bank, Mr Ofori-Atta said, between 10 and 12 million youth in sub-Saharan Africa entered the labour market each year, where only 3.1 million jobs were created.

He, however, observed that in spite of the promising indicators, challenges such as “growth has been uneven and has not always translated to job creation, which we know will be increasingly important, considering the 10 million Ghanaians expected to enter the labour force between now and 2040, according to UN estimates”.