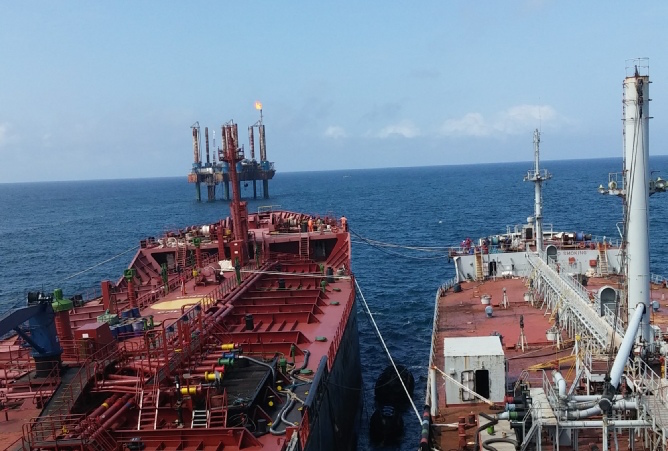 The Institute for Energy Policies and Research (INSTEPR) has called for the immediate decommissioning of the oil rig, Mr Louie, sited at Saltpond in the Central Region.

It has warned of an environmental catastrophe if action is not taken on the 65-year-oil rig, whose production platform was in a very bad and threatening condition, stressing that imminent oil spillage would destroy the natural ecosystem in the area and make the fish in the seas unsuitable for human consumption for years.

INSTEPR, an energy think tank, made the urgent call in a press release signed by its Executive Director, Mr Kwadwo Poku.

It stated that a recent report on the oil rig had revealed a very disturbing state of the platform.

"The wellhead valves which are the primary locks securing the wellbore from flowing oil and gas back to surface are currently severely pitted and rusted.

"The Institute will want to draw the attention of the Environmental Protection Agency (EPA), the Ghana National Petroleum Corporation (GNPC) and the Energy Committee of Parliament to immediately supervise the decommissioning of this platform “Mr Louie” before our worst nightmare happens," the statement stressed.

The energy think tank said apart from the threat posed to the natural ecosystem and contamination of the sea, it could also pose a threat to lives and property.

"Currently there are gas leaks, and should the wellhead valves fail eventually, there will be an explosion and the gas build-up in the well will bring around 150 barrels of crude oil daily into the seas in the Central Region," the statement said.

INSTEPR also maintained that the skeletal staff maintained by GNPC on the platform had expressed worry that their lives would be in danger should there be such an accident.

"It will also cost billions of dollars to control the well and safely clean up the oil spillage, as well as fines by the International environmental agencies," the release stated.

Read also: Over US$74,000 spent on idle Saltpond Oil Field

The Saltpond Oil Field is Ghana's oldest oil field which was discovered in 1970 and was operated by Signa-Amoco Consortium.

The consortium, however, relinquished the concession in 1976 to Offshore Hydrocarbon Limited, citing the field as a non-commercial facility.

In 1977, Offshore Hydrocarbon Limited entered into a development partnership with Agri-Petco of USA between 1977 and 1978.

The Saltpond Field was, however, abandoned between 1985 and 2000 until in August 2000 when rehabilitation works  commenced with the repair of the Mr Louie platform by Lushann International.

The field began producing an average of 400 barrels of crude oil per day from two Wells when production started in August 2000.

However, production dropped to about 150 barrels per day before operations of the oil field was halted on June 10, 2020 by the GNPC.

INSTEPR said a decision to decommission the field was made in March 2018 when the Phase 1 of the project was awarded through a competitive process to a consulting consortium led by PAP Energy Limited.

The energy think tank claims that the process has, however, stalled and all efforts to ascertain from the GNPC the reason for the delay have yielded no result.