A US-based cybersecurity expert, Mr Lenin Aboagye has constructed public washrooms and toilets at Dansoman-Glefe as part of efforts to reduce incidents of open defecation in the community.

The facility which was commissioned today comes with a mechanized borehole to ensure constant water supply for its operation. 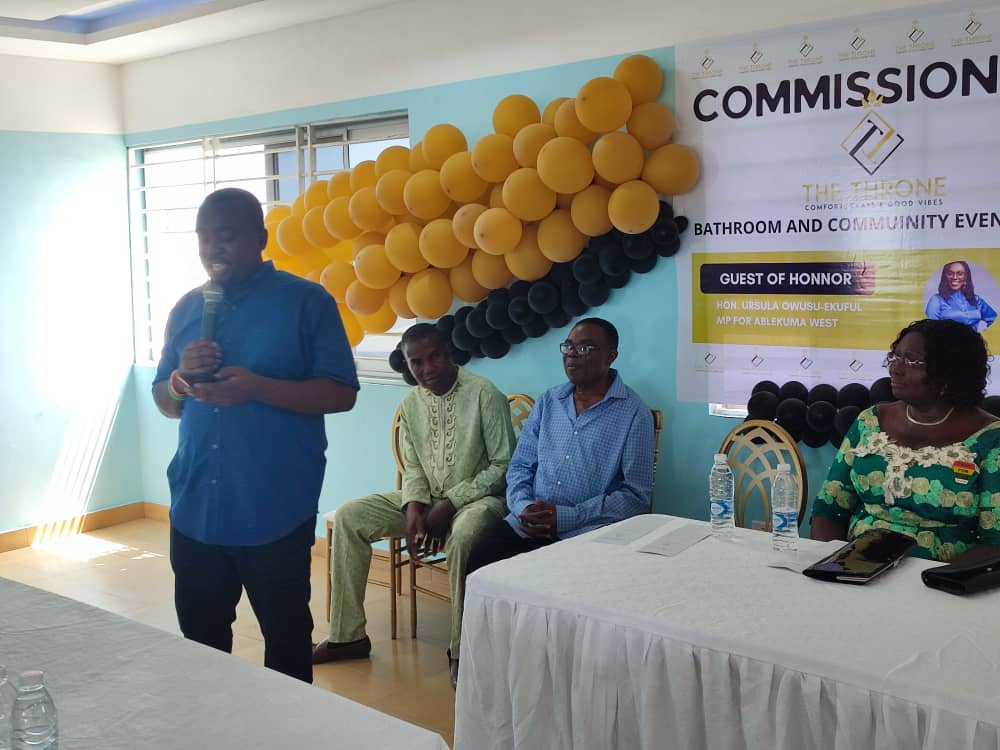 Speaking to the media at a ceremony to officially open the facility, Mr Aboagye said after his formative years growing up in Dansoman it was right for him to give back to the community.

He said residents could use the facility at a nominal cost which would be used for maintenance purposes as it would not be operated for profit.

Mr Aboagye said he decided to add an events centre to the project to reduce incidents of roads being blocked in Glefe when social events were being held.

"My goal was to give back to Dansoman and I saw that this was a great need for them," Mr Aboagye said.

In a separate address, the Queen-mother of Glefe, Deaconness Naa Mostu Manye expressed gratitude to Mr Aboagye and his family for constructing what she described as a very important edifice in the community.

She said she was thrilled that after acquiring the land, Mr Aboagye used it for a project that would benefit all residents of her community.