Crowd scramble for cedis at traffic intersection in Accra 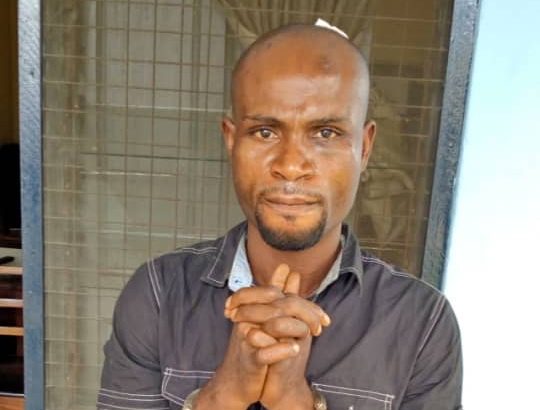 Edurance Duro, one of the suspected robbers
30.5k Shares

There was disorder at a traffic intersection at Tesano in Accra last Tuesday morning, when hawkers and pedestrians scrambled for cedi notes totalling GH¢14,300 which got strewn on the road after two suspected armed robbers who snatched the cash from a man, made a fruitless attempt to escape with it.

Tens of people pushed each other in a bid to have a share of the scattered notes, and when the police arrived, only GH¢ 7,200 was retrieved.

She said the victim, whose name was withheld, was standing at the Tesano bus stop with the money in an envelope but unknown to him two suspected robbers, both Nigerians, who were later identified as Edurance Duro, 28, and his accomplice, Chimedia Bright, were monitoring him.

Later, when the victim stopped a taxi and boarded it, Duro and Bright trailed him with a motorbike.

Mrs Tenge said the taxi stopped when the lights at a traffic intersection turned red. Duro, who was the pillion rider allegedly pounced on the victim and snatched the envelope containing the money and attempted to speed off.

Another taxi driver who saw what was going on, knocked down the two suspected robbers on the motorbike and in the process, the envelope fell and the money scattered on the road.

Unfortunately, hawkers and other road users, including commercial vehicle drivers, shop keepers and pedestrians, instead of helping the victim to gather the scattered notes, rather scrambled for the money, which was in various denominations.

The stunned victim raised an alarm leading to the arrest of Duro, while Bright, who was the rider, managed to escape.

But for the timely arrival of the Tesano police who were close by, Duro would have been lynched by a mob.

Duro was injured and taken to the Police Hospital but has since been treated and discharged.

Mrs Tenge said he had been placed in police custody while investigations continued.

She warned the public against taking advantage of crime scenes to loot instead of assisting victims and served notice that, "such persons, when arrested, would be prosecuted for stealing."