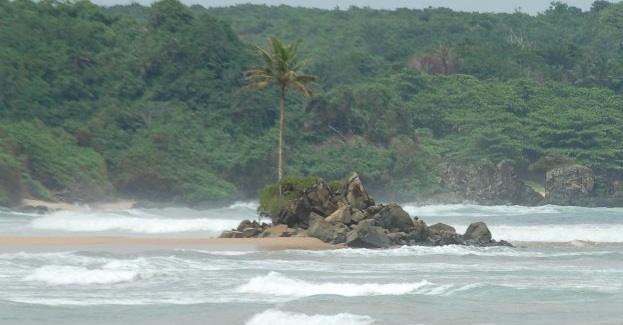 The Cape Three Points Forest Reserve in the Ahanta West District in the Western Region, considered to be a Globally Significant Biodiversity Area (GSBA), is now under serious threat.

As a GSBA, the only one very close to the sea, there are certain distinct fauna and flora (animal and tree) species, such as monkeys and birds.

The implementers of the CSLP, which is a behavioural change project, decided to hold the programme in the community on World Environment Day (WED), which fell last Monday to help raise awareness of the need to protect the reserve to benefit future generations.

The WED is a United Nations Environment Programme (UNEP) which is celebrated every year on June 5 as the main avenue for encouraging worldwide awareness and action for the environment.

The WED was also established by the United Nations General Assembly to mark the opening of the 1972 Stockholm Conference on the Human Environment.

The theme for the celebration of this year's WED, with its global focus on national parks, nature reserves and other PAs, is: "Connecting People to Nature," while the theme chosen by the CSLP for the local event at Cape Three Points was, "Our Forest Our Life."

At the function, the Central/Western Regional Manager of the Wildlife Division (WD) of the Forest Commission (FC), Dr Moses Kofi Sam, explained that PAs or reserves were set aside by nations and were managed by the WD of FC and gave examples of PAs in the region as Ankasa and the Bia National Parks.

According to Dr Sam, the PAs provided the people, especially those who live close to them, with environmental stability, including adequate rains for farming activities, and reduced poverty through ecotourism facilities in those areas that improved the livelihoods of fringe communities.

"From the above, we can realise that the forest has everything that man needs for his survival: species that provide key nutrients such as carbohydrates, fats and oils and varied vitamins and spices, as well as proteins," the FC officer stressed.

The Ahanta West District Director of Education, Mr Ebenezer Oscar Asare, in a speech read for him, noted that the people of Ghana were, however, destroying nature, especially the landscape, through illegal mining (galamsey).

"Our water bodies are being polluted and our forests are totally degraded. The Almighty God in his own wisdom has endowed the nation with gold, certainly the gold has to be mined but the methodology is the problem," he observed.

A Forest Range Officer of the Forest Services Division (FSD) of the FC, Mr David Kayang, noted that encroachment on the local forest reserve by unscrupulous persons was a threat to such an important biodiversity and, therefore, emphasised the need for it to be protected at all cost.

He said one of the most important things regarding the environment was the forest and so the local people should team up with all other stakeholders to protect their only heritage in trust for the next generation.

The Deputy Director of the CSLP, Mr Emmanuel Ntiri, also admitted that the Cape Three Points Forest Reserve was a unique one globally and so there was the urgent need to assist the FSD and the CSLP to put in place adequate measures to safeguard it.