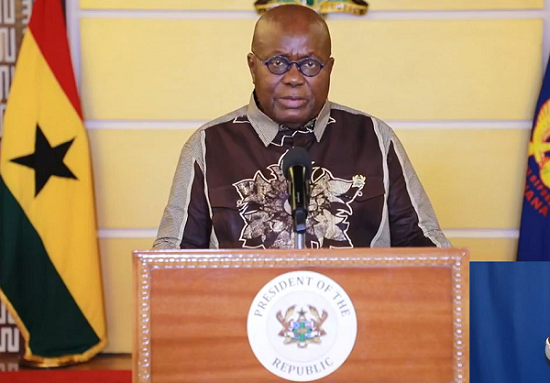 A number of people and event planners whose activities have been affected by the reintroduction of a ban on all social events with immediate effect are counting the cost of the directive.

Last Sunday, President Nana Addo Dankwa Akufo-Addo announced that with immediate effect, a ban had been placed on weddings, funerals and other social events as part of the intervention to halt the surge in cases of the COVID-19 in the country.

This latest ban, described as not entirely surprising, given the worrying impact of the second wave of the infection, has compelled many people to put their already planned weddings for February, described as the month of love, funerals and other celebrations on hold.

While reintroducing the ban, first effected in March 2020, President Akufo-Addo said in his 23rd COVID-19 update to the nation that:” The analysis continues to tell us that the spread of the virus mostly occurs indoor, confined spaces with poor ventilation, where people are talking, singing or shouting without their masks.

“The imposition of restrictions on our daily routines helped in reducing the prevalence of the pandemic in the country, and government has been left with no option but to re-introduce some of these restrictions in order to help save the situation.

“I know these measures, in the recent past, were unpleasant, but, over a period, they resulted in a favourable situation for our country. We have to return to them.

“So, fellow Ghanaians, until further notice, funerals, weddings, concerts, theatrical performances and parties are banned. Private burials, with no more than 25 people, can take place, with the enforcement of the social distancing, hygiene and mask wearing protocols.”

Unlike last year when the directive was very clear because there was a total ban on all social, public and religious events,  this intervention allows for religious gatherings under strict protocols as prescribed and for two hours, a situation that has triggered discussions on the issue, with people seeking clarification.

Some of the nagging questions that many are asking is: “If church is allowed, does it mean that we can go to church, have our marriage blessed within the two-hour service but wedding reception is not allowed?

Also, bereaved families are eager to know if burial services are allowed at the church within the stipulated two hours, but only 25 persons would be allowed to go to the cemetery for the burial.

“It will be appreciated if clarity is brought to this so we know exactly what to do. If church is allowed, at least we can go to the service, have our marriage blessed and skip the reception,” Maame Mensima Mensah, a bride to be, whose wedding has been fixed for February told the Daily Graphic.

Apart from the individuals and families whose plans have been affected by the ban, service providers in the event planning and catering business are also counting the cost.

“This is so unexpected, no one anticipated the ban being reintroduced even though the numbers of positive cases kept going up, so we have made plans. In the next two weeks, there are funeral and wedding reception orders that have been made.

“In planning for those events, foodstuff bought for orders for events in the first two weeks of February will go waste again, as most of them are perishable goods and cannot be stored. I’ve just gone through that psychological trauma I encountered in March/April last year when the ban was first imposed.

“We had to throw away perishable foodstuffs that had been purchased for orders for events which had to be cancelled due to the ban. That came with a huge financial loss and just as we were recovering from that impact, then another ban has been announced,” a caterer who pleaded anonymity, lamented.

Equally, service providers in the décor business said while their business would be impacted yet again, there was not much they could do than to either refund deposits made by prospective customers or hold on until the ban was lifted.

“Last year, some customers made deposits but had to cancel when the ban was imposed and that was costly because items had been bought for the provision of the service, while some people also asked for a refund of their deposits. That was costly and I foresee a similar situation,” a service provider said.

“It is important that we fight the infection but if religious events are allowed to take place, there should be consideration for other events too, what is required is the enforcement or strict adherence of the COVID-19 safety protocols,” Nana Aba Yamoah, an events decor and planner said.

Fashion designers, seamstresses and tailors also felt the impact of the ban as their customers failed to place orders for clothes.

However, with church services allowed, the industry is hoping it would not feel the impact as badly as it did in a similar situation last year.

“Last year was one of the worst periods for the industry, as for close to four months, there was no business due to the ban on all social, religious and public gatherings from March to June, a situation that was so bad that some of us had to resort to the production and sale of face masks to make ends meet.

“However, with this latest ban, church and other religious services are allowed, so I am hopeful that it will not be that bad on the industry,” Nii Ankrah Ankrah, a fashion designer said.