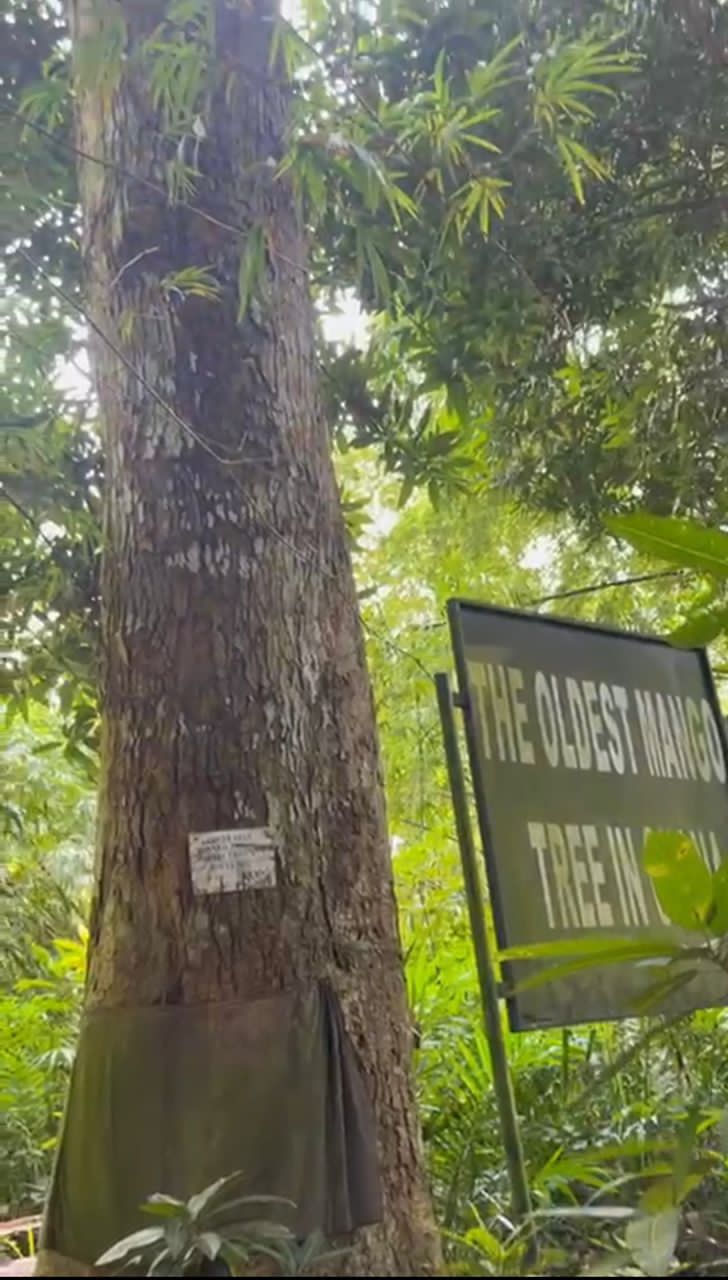 The oldest mango tree in West Africa, which is around 340 years old, is a treasure trove located at Assin Praso in the Central Region.

Still bearing fruits at its age, the tree has a historical heritage that when properly explored, preserved and given the necessary exposure would promote the development of the nation's tourism industry.

Also known as the "Tree of Life and Death", it is housed in the Assin Praso Heritage Village, a centre which features other artifacts related to the Trans-Atlantic Slave Trade in the early 19th century.

Other reminders of the slave trade are the Pra River which played a strategic transit role in the transportation of slaves from the northern part of the country through the Ashanti Region to the Cape Coast and Elmina castles, as well as a tomb with slave shackles among others.

The journey to the location of this unique and historic tree is about 99 kilometres (a three-hour journey) from the Central Regional capital, Cape Coast.

The Tree of Life and Death, with its strong trunk and upward ascent of more than 90 feet, is situated in a semi-evergreen forest and is just adjacent the Pra Shrine.

Even though the tree is old, it is remarkably sturdy and well-rooted with its leaves in a simple-alternate pattern on the branches.

The area where the tree is located is also dotted with bamboo sticks, which provide additional shade across virtually the entire centre.

Additionally, "Ghana's oldest Mango Tree" is plainly labeled with an inscription right in the midsection of the tree.

Surprisingly, several residents in the Assin North Municipality, where this historic tree is situated, are completely unaware of the significance or even the background of the tree.

Some of the younger people, despite living closely to the facility, have never been there, saying that they did not find the facility exciting or engaging enough to warrant a visit.

A student, Thomas Owusu, said; "I've never heard that name before, even now. I don't know why the tree is even called the ‘tree of life and death.’ I have no knowledge of it, though I was born here."

Another resident who had a fair knowledge of the tree was only able to explain why, in her opinion, it was known as the "tree of life."

Marigold Agyeman stated; “according to my grandma, some of the slaves that used to pass by the tree picked some of the mangoes to give themselves more energy to continue travelling. I'm not sure why the tree's name includes the word ‘death,’ though."

Another resident, Nana Ama, also said; "although the Heritage Centre is nearby, I have no idea what I would do there. It is for the white people who always come here, not those of us who were born here. Unless there's something interesting there, I wouldn't go.”

Why Tree of Life and Death?

Numerous narratives on why the tree is known as the "Tree of Life and Death" have been put forth, but these explanations have been declared to be wholly false by custodians of the land.

In an interview with the Daily Graphic, the Krontihene of the Assin Jakai and Assin Praso Traditional Area, Nana Baffour Adjei X, said some narrators held that the tree played a vital role in the historical accounts of how African slaves who were being taken barefooted through the bushes during the slave trade era, either had their energy for survival or lost their lives.

"They even go further to argue that it was where slaves were kept in chains until they were sent to Assin-Manso to be sold at auctions or to Cape Coast Castle and Elmina Castle for shipment, and once they arrived in Assin-Praso, slaves who opposed their masters were chained to the tree till they died."

He emphasised that such narrations were entirely incorrect. 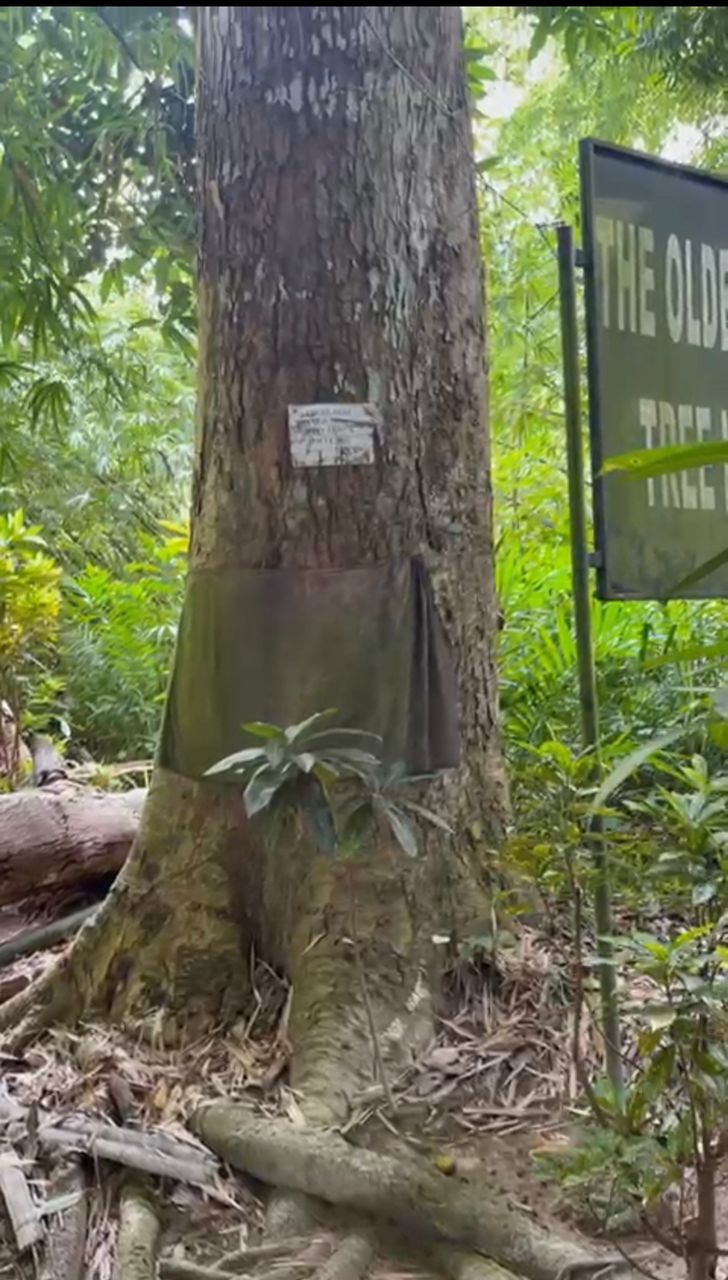 He clarified that the name "the Tree of Life and Death” had a similar meaning like the inscription "Gate of No Return" at the Cape Coast Castle, and indicated that once slaves were transported from other regions of the nation and crossed the Pra River, it was the end of their lives.

"You are confident that after a typical journey, you will go back to your homes. However, for this particular journey, slaves left a location to which they would not return; as a result, once they crossed the Pra River and arrived there, it signaled the end of their life, hence the name ‘Tree of Life and Death’," he said.

He added; "It is also worth noting that slaves were not chained to the tree as being narrated on social media and by other people."

The 340-year-old tree is thought to contain some psychic energy because trees in such places may have spirits lingering nearby.

According to Nana Adjei, the possibility of the tree possessing some spiritual force was explained by the fact that "being a rare tree and also considering the fact that it shares a closer space with the Pra River and the Pra Shrine, it is more likely to have spirits hovering around and even having some dwell in it."

"You know, usually a tree this special has spirits lingering around it or perhaps residing there. That does not, however, imply that the Pra gods are residing in this tree. Simply put, it is closer to the shrine. People visit the shrine to pray, but they don't do so to the tree, they pray to the Pra gods," he added.

The Krontihene acknowledged that the mango tree and the entire Heritage Village was worthy of attention and resources and bemoaned the facility's lack of promotion and support.

He argued that it was troubling that efforts were concentrated at other places that had received enough attention while the Heritage Centre, which was still in need of attention, was ignored.

Nana Adjei appealed to the relevant parties to focus their efforts and resources on the centre and increase its allure to the larger community, in order to boost the economic potentials of the Central Region and the country at large.

"The Ghana government is working to grow the travel and tourism sector. I can tell that the Assin Praso Heritage Village has many facts and historical background directly related to the Emancipation Day Celebration, including being the location where Yaa Asantewa and Prempeh I were as well.

"The graves of Victor Ferguson and his wife, among others, are located there, and the centre has a mass burial side for slaves who died and were buried there, so it is a destination that needs recognition and proper support to protect it and increase the tourism profits of the central region," he stated.

Nana Adjei said the traditional rulers in the paramountcy were prepared to assist any initiatives put up by interested parties and would collaborate with residents to safeguard the site and its historic monuments.

"You are confident that after a typical journey, you will go back to your home. However, for this particular journey, slaves left a location to which they would not return; as a result, once they crossed the Pra River and arrived there, it signaled the end of their life, hence the name ‘Tree of Life and Death.”