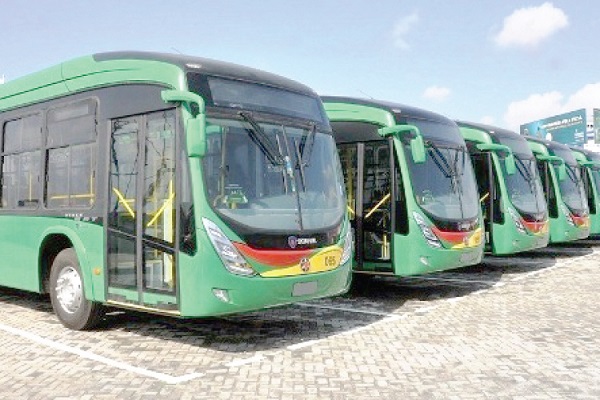 Making this known at the inauguration of the tier-two Tamale Interchange last week Tuesday, he said the buses would operate from the Tamale city centre to the Dungu Campus of the University for Development Studies (UDS), Tamale International Airport, and Tamale Technical University among other areas.

Alhaji Shaibu, who indicated that the buses, which had already been received would be unveiled in the coming days to commence operations, expressed optimism that the newly constructed interchange would ensure the smooth operations of the buses.

President Nana Addo Dankwa Akufo-Addo inaugurated the Tamale interchange, the first to be constructed in the northern part of the country, three months ahead of schedule.

The structure, which has been dedicated to the memory of Naa Gbewaa, the Founder of the Mole/Dagbon Kingdom, is expected to ease traffic congestion and give the metropolis a facelift.

The Naa Gbewaa Interchange links the road from the Dakpema Palace through the ‘Point 7’ road, the Central Taxi Rank and the Central Market Intersection to the Sakasaka Road.

Alhaji Shaibu lauded the government for giving the people of the region their fair share of the national cake, which he said was evident on the ground.

He called for the cooperation and support of the chiefs and people to ensure that they maximised the desired benefits of the various infrastructural facilities.

For his part, the Overlord of Dagbon, Ya-Na Abukari II, admonished the residents to be responsible and comply with road traffic signs and regulations to avoid the loss of precious human lives.

“Ghana is home to all of us and before Ghana will get to the desired level, we must all endeavour to make extra sacrifices and contribute selflessly towards national development,” he stated.