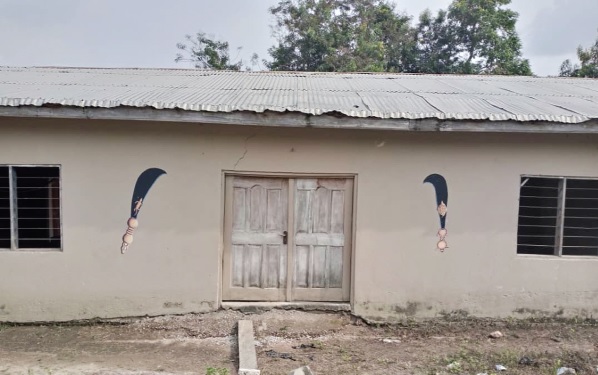 The Supreme Court has resolved a 96-year-old stool land dispute between two towns in the Ashanti Region – Abono and Deduako – by ruling in favour of the Chief of Abono, Nana Otuo Antwi Boasiako.

The dispute, which started in 1927, was first adjudicated by the Native Tribunal of Prempeh I, the then Asantehene, who was ousted and exiled by the British in 1896, and later returned as Kumasihene in 1924.

In a unanimous decision on Wednesday, January 18, this year, a five-member panel of the Supreme Court held that the disputed 938 acres of land belonged to the Abono community.

Consequently, the court gave possession of the land to Nana Antwi Boasiako and slapped the Chief of Deduako and defendant, Nana Adjei Panin, with a cost of GH¢30,000, and GH¢40,000 in damages for trespassing on the land.

“The plaintiff/appellant (Chief of Abono) is granted declaration of title to and the recovery of possession of all that piece of parcel of the disputed land known and called Abono and bounded on one side by Kuntanase, Deduako and Nyameani, and identified as 938 acres of land specifically delineated on the survey map,” the court held.

The five-member panel of the apex court was presided over by Justice Jones Dotse, with Justices Nene Amegatcher, Gertrude Torkornoo, Professor Henrietta Mensa-Bonsu and Emmanuel Yonny Kulendi as members.

The court did not immediately give the full reasons for its decision, which it said, would be deposited at the Registry of the Court.

Apart from slapping Nana Adjei Panin with cost and damages, the highest court of the land also placed a perpetual injunction on him, restraining him from ever interfering with the peaceful possession of the land by the Chief of Abono.

The court gave the judgment after it set aside a decision of the Court of Appeal, which had ruled in favour of the Chief of Deduako.

That followed a successful appeal against the decision of the Court of Appeal by the Chief of Abono.

The Director of the Ghana School of Law (GSL), Omansomfo Barima Oppong Kodie, aka Yaw Oppong, was lawyer for the appellant.

Nana Antwi Bosiako filed the appeal in 2021 challenging the decision of the Court of Appeal dated July 30, 2020, which had reversed a judgment of the Kumasi High Court granting him possession of the land.

“By unanimous decision of this court, the appeal by the Plaintiff herein is hereby allowed. Accordingly, the Court of Appeal judgment dated July 30, 2020, is hereby set aside, and in its place the High Court judgment dated May 30, 2018 is restored,’’ the Supreme Court held.

Abono and Deduako share a boundary at a section of their lands.

The dispute was before the Native Tribunal of the Kumasihene and on May 19, 1927, the tribunal held that the disputed cemetery belonged to Deduako.

Although the tribunal declared the land in favour of Deduako, it held that the people of Abono could still bury their dead at the cemetery provided they performed the customary rights of presenting drinks to the Deduako stool.

Per the court documents, many years after the Native Tribunal suit, the Chief of Abono realised that the Deduako stool and its subjects had gone beyond the cemetery and trespassed on Abono lands.

“Try hard as the Abono stool may do to ward off the encroachers, the Deduako subjects would not stop their act of trespass,” court documents showed.

In 2007, Nana Antwi Boasiako dragged Nana Adjei Panin to the Kumasi High Court to recover possession of the land.

The Supreme Court ordered the High Court to hear the dispute afresh and determine it by ordering a survey of the disputed area, taking into consideration the demarcation done by the Native Tribunal in 1927.

Following the order by the Supreme Court, the High Court heard the matter again and determined it in favour of the Chief of Abono on May 30, 2018.

The Chief of Deduako appealed to the Court of Appeal once again, and on July 30, 2020, the second highest court upheld the appeal.

Dissatisfied, the Chief of Abono appealed to the Supreme Court in 2021, and it was that appeal that culminated in the latest decision of the highest court of the land on January 18, this year.

Making a case for the appeal, Mr Oppong argued that the judgment by the Court of Appeal which was in favour of Nana Adjei Panin, was against the weight of evidence.

According to counsel, evidence on record which emanated from the Native Tribunal ruling in 1927 and other pieces of evidence clearly showed that the land in dispute was for the chiefs and people of Abono and not Deduako.

Again, it was the submission of Mr Oppong that the Court of Appeal did not take into consideration certain fundamental breaches of the law in the appeal filed by Nana Adjei Panin before granting it.

For instance, counsel said the notice of appeal filed by Nana Adjei Panin referred to the date of the judgment of the High Court as May 31, 2018, when in fact the judgment was delivered on May 30, 2018.