Financial arrangements being discussed for 4 new interchanges in Kumasi 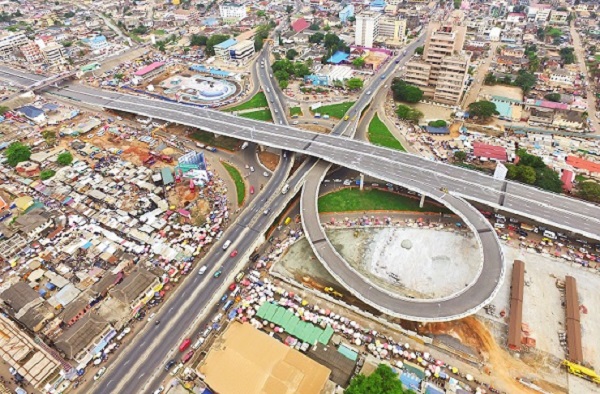 Financial arrangements are currently being discussed for the construction of four new interchanges in Kumasi following the completion of feasibility studies.

The interchanges will be at Oforikrom intersection, Suame, Santasi and the Airport roundabouts.

The Minister of Roads and Highways, Mr Kwesi Amoako-Atta, said financial arrangements for the projects were currently being discussed.

He was speaking to the media in Kumasi during an inspection tour of ongoing road projects in the Ashanti Region.

Mr Amoako-Atta said the interchanges were part of the government’s plan to expand the road network across the country.

He said the new projects were intended to improve access to other parts of the country and make road travel in the region easier.

The minister said the government was also considering the construction of the Kumasi Outer Ring Road to link up with the northern part of the country.

He said the link would connect Ejisu to Offinso, thereby diverting all the traffic from the Accra-Kumasi highway.

He said there were also plans to construct by-passes and inner ring roads within the Kumasi metropolis.

Currently, he said, the region was benefiting from a total of 460 kilometres of asphalt overlay.

Out of that, he said, 120km had been completed, while the remaining was at various stages of completion.

He said by the close of the third quarter of the year, all the ongoing road projects in the region should be completed.

The minister assured the people of the region that the government would ensure that all the ongoing road projects were completed to bring relief to them and commuters.

He said many projects were currently underway in the region, with various sources of funding.

Under the Cocoa Roads Project, he said, the Ashanti Region was benefiting from 33 projects, while another 74 projects were being financed under the Government of Ghana funding.

He said another 42 roads in the region were also being rehabilitated under the Ghana Road Fund, which he said generated about GH¢1.6 million annually.

Those aside, he said, other projects were being considered under the Sinohydro deal.

“In all, there are 156 projects being managed under different portfolios and which are at various stages of completion,” he said.

As part of the tour, Mr Amoako-Atta visited the Court Complex where work was ongoing on the facelift project of the Judiciary.

The project consists of asphalting the inner roads of the court premises.

A similar exercise is being extended to health facilities in the region.

The Chief Justice, Mr Justice Kwasi Anin Yeboah, expressed gratitude to the government for the assistance to upgrade roads leading to and at court premises in the Ashanti Region.