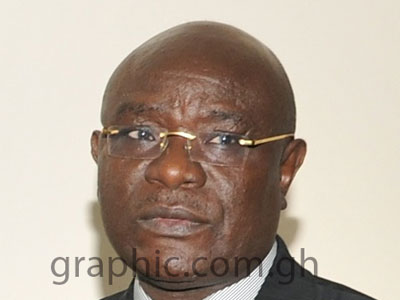 After three failed attempts to govern democratically on its own, Ghana ushered in its Fourth Republican Constitution in 1993.

This was after a number of military coup d'états that stretched from post-independence in March 1957 to 1981.

The military coup d'états which became a common feature of the Ghanaian political terrain also became repulsive to many Ghanaians, with many people craving for democratic rule.

But such desire could not be achieved easily as the military juntas at the time were unwilling to allow for civilian rule, denying the people’s sovereign right to elect their own leaders.

Flight Lieutenant Jerry John Rawlings, a young pilot with the Ghana Air Force, however, broke the spectre of military coups that had characterised the country’s political system after he staged his second coup.

He seized power, first in 1979, and handed over to a democratically elected government of the People’s National Party (PNP).

He toppled the government again on December 31, 1981 and ruled with his Provisional National Defence Council (PNDC) for over a decade.

Flt Lt Rawlings honoured the wishes of Ghanaians who voted Yes in a national referendum to return the country to democratic rule in 1992.

The Fourth Republican Constitution was adopted in a referendum in 1992.

A mix bag of systems

It is important to state that the 1992 Constitution borrowed some leaves from the previous abrogated constitutions of 1957, 1960, 1969 and 1979 and also incorporated some provisions and institutions drawn from British and United States constitutional forms.

Another equally important feature of the Fourth Republican Constitution is that it makes the President the head of both state and government.

The President is elected by Ghanaians through universal adult suffrage and serves a four-year term. However, a President may serve a maximum of two terms — eight years.

The element of separation of powers among the executive, judiciary and the legislature ensures checks and balances, hence avoiding excessive use and abuse of power by any of the arms of government.

One distinguishing feature during the Fourth Republican period has been the smooth transfer of political power on four different occasions between four presidents from two political parties — the National Democratic Congress (NDC) and the New Patriotic Party (NPP).

Another striking attribute of the country’s democratic process manifested in 2012 when in order to avoid a constitutional crisis a new president was successfully sworn in following the death of the sitting President Prof J. E. A. Mills.

Mr John Dramani Mahama, who was then the Vice-President, was sworn in as President a few hours after the demise of Professor Mills.

Under the Fourth Republican Constitution of 1992, legislative functions are vested in the Members of Parliament who are elected together with the President through universal adult suffrage for a four-year term.

Since 1992, Ghana has had six Speakers of Parliament, starting with Justice Daniel Francis Annan, the first Speaker of the first and second Parliaments under the Fourth Republic. He served from January 1993 - January 2001.

Mr Peter Ala Adjetey served from January 2001 to January 2005 as the Speaker of Parliament of the third Parliament under the Fourth Republic.

Mr Ebenezer Sekyi-Hughes became the Speaker of Parliament for the fourth Parliament under the Fourth Republic and served from January 2005 to January 2009.

From January 2009 to January 2013, Ghana had its first female Speaker of Parliament in the person of Mrs Justice Joyce Adeline Bamford-Addo, who served as the Speaker of the fifth Parliament under the Fourth Republic.

After her, Mr Edward Doe Adjaho was elected Speaker for the sixth Parliament. He served from January 7, 2014 to January 6, 2017 under the Fourth Republic.

From January 7, 2017 until the midnight of January 6, 2021, Professor Aaron Mike Oquaye served as the Speaker of the seventh Parliament of the Fourth Republic. He has just been succeeded by Mr Alban Sumani Bagbin.

Some of the Speakers of Parliament are former MPs: Mr Adjaho, Professor Oquaye and Mr Bagbin, who all served in the Fourth Republic.

The Judiciary as an arm of government has the Chief Justice as the administrative head, with the Supreme Court as the apex court, followed by the Court of Appeal and the High Court, and then the lower courts.

The Chief Justice is appointed by the President in consultation with the Council of State and with the approval of Parliament.

Mr Philip Edward Archer served as Ghana’s first Chief Justice under the Fourth Republic, from 1991 to 1995.

He was succeeded by Justice Isaac Kobina Abban, who served from 1995 to 2001 and Justice Edward Kwame Wiredu, who became Ghana’s third Chief Justice under the Fourth Republic from 2001 to 2003.

The country got its first female Chief Justice under the Fourth Republic when Justice Mrs Georgina Theodora Wood was appointed to serve from 2007 to 2017.

She handed over to another female Chief Justice, Justice Sophia A. B. Akuffo, who served from 2017 until last year.

Having successfully introduced and adopted the Fourth Republican Constitution of 1992, Mr Rawlings, who for 11 years presided over the PNDC, won the 1992 presidential election and was subsequently sworn into office on January 7, 1993.

This marked the first transition of power from one democratically elected government to another since post-independence and this happened under the Fourth Republic.

Mr Kufuor also served his two terms and handed over the mantle to Professor  Mills of the NDC on January 7, 2009.

President Mills passed away before his first tenure ended in 2012. His Vice-President, Mr John Dramani Mahama, continued his unexpired term, which ended in 2012, after which he was elected in December that year for a four-year term.

His closest contender, Nana Addo Dankwa Akufo-Addo of the NPP, who had previously contested President Mills, did not concede defeat, citing electoral fraud.

He, therefore, challenged the 2012 presidential election results at the Supreme Court and lost after a nine-month ‘fight’.

Nana Akufo-Addo’s second term, which started yesterday, is being challenged by Mr Mahama at the Supreme Court in the country’s second presidential election petition.

Mr Mahama has cited electoral fraud and, therefore, refused to accept the results.