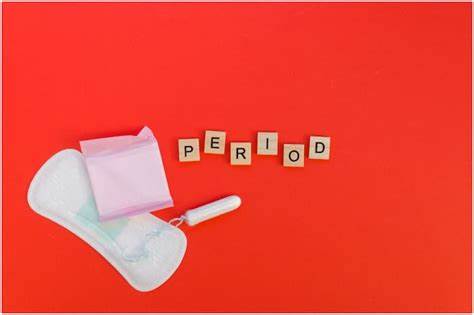 Some females who are unable to afford sanitary pads during menstruation use materials such as plantain leaves, corn husk, old newspapers, cement paper, tissue, torn pieces of clothing and rags.

That, according to a gynaecologist, Dr Kwamina Bosomtwi, made users vulnerable to infections which when left untreated, could result in infertility and other complications.

Dr Bosomtwi, who works at the St Dominic Hospital at Akwatia in the Eastern Region, disclosed this in an interview with The Mirror as part of the campaign to mark World Menstrual Hygiene Day today.

Hygiene
"The use of such materials is unhygienic and exposes users to reproductive tract infections which can affect their fertility,” Dr Bosomtwi explained.

He said females, especially young adolescents who used such materials, learnt from older women in their homes or communities and that was why the first menstruation was so important to look out for as a way to encourage the practice of good menstrual hygiene.

Dr Bosomtwi said he first learnt about the use of such inappropriate materials during a visit to a school in the Volta Region where some of the children said they used plantain leaves because their mothers had no money for sanitary pads.

First menstruation experience
A 12-year-old pupil of the Adansi Adiembra Primary School in the Ashanti Region, Bimpomaa, told The Mirror that her first menstruation in July last year was met with a cultural display of feeding her "3t)" with boiled eggs, a local delicacy made from yam or plantain, as a way of traditionally welcoming her into womanhood.

She said she did not really understand the whole ceremony organised by the older women in her family and she was not provided with enough sanitary pads, so “I normally double my pants when no one buys pad for me".

Another 12-year-old, Safia, who had also gone through the same ceremony, said she did not go to school during her period because of intense menstrual pain and diarrhoea.

Menstrual pains
Speaking on how to relieve menstrual pains, Dr Bosomtwi explained that the common relief was the administration of painkillers, adding that it was easy for a person with an underlying condition to experience intense pain in addition to the normal things happening in the body during the period.

He advised women who suffered intense menstrual pains to visit their healthcare provider for assessment.

Childbirth
Contrary to the popular myth that childbirth ended menstrual pain, the gynaecologist said “it is not entirely true as there are women who continue to experience intense menstrual pains even after giving birth to several children”.

Safe period
On safe periods, the gynaecologist explained that it was real but differed for every woman.
For instance, "it depends on how many days you bleed. If you have a five-day menstrual cycle and you ovulate on day 14, it means your safe period is the day you end your menstruation till day 12. If you have intercourse three days before ovulation, then you are likely to get pregnant. The safe period varies depending on the number of days you have in your cycle. There is nothing like a fixed safe period".
The gynaecologist said it was important to keep a menstruation diary as a way to identify a safe period by keeping track of the number of days in one's cycle, the beginning and end of menstruation and notable changes.

Irregular menstruation
Dr Bosomtwi said irregular menstruation could be a sign of problems with the hormonal system and it was important for a person experiencing that condition to seek medical attention.
Inasmuch as menstruation comes with uncomfortable symptoms, Dr Bosomtwi said healthy eating could lessen some of those symptoms, including headaches and abdominal cramps.
He recommended the intake of a lot of water, rest and avoiding sugary foods and alcohol as some of the health tips.
The gynaecologist said menstruation was a normal bodily function and encouraged females not to feel bad about it.
“Be confident and talk to a health practitioner if you have any issues,” he advised.

The theme for this year's celebration is: "Making menstruation a normal fact of life by 2030."

The goal is to build a world where no one is held back because he/she menstruates.