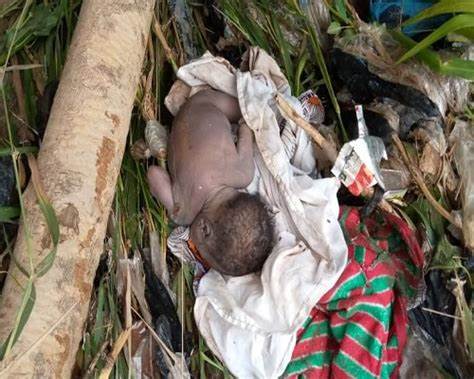 There many cases of abandonment of children, especially babies, which had recently been reported in the media. Follow @Graphicgh

Mothers who are unable to take care of their children can contact the Department of Social Welfare for assistance instead of abandoning them or exposing them to harm and even death.

The manageress of the Juvenile Girls Correctional Centre under the Department of Social Welfare, Mrs Gifty Tekpor, who disclosed this in an interview in Accra last Monday, said the department would have to ascertain the truth of the matter before taking up such responsibility and the police would be involved in dealing with the matter.

She explained that inability to care for the child would have to be demonstrated.

The Mirror contacted her in view of the many cases of abandonment of children, especially babies, which had recently been reported in the media.

The most recent case is the arrest by the Jasikan Police of a 21-year-old woman for allegedly dumping her day-old baby in a pit toilet on May 30.

She was arrested alongside an elderly woman, believed to be her mother, who is said to have helped her commit the act.

On May 25, this year, a 20-year-old mother was arrested by the police for allegedly dumping her three- month- old male twins in a well, leading to their deaths.

Mrs Tekpor identified some of the causes of abandonment by mothers as poverty due to unemployment which could also result in the lack of a fixed abode.

Others, she said, could be as a result of substance abuse, mental illness, having many children and not knowing what to do or which organisations to approach when unable to provide care for their babies.

Mrs Tekpor added that the department had a number of children who had been brought by their parents under such circumstances in their care but could not readily provide figures.

She explained that such children, depending on their ages, could be temporarily catered for and returned to their mothers when they were in a position to take up their responsibility.

The department, she said, also organised vocational training for such mothers to acquire skills that would enable them to make some money if investigations supported the fact that they were unemployed, leading to poverty.

Mrs Tekpor said that in some cases, the mothers resorted to abandoning the children as a result of broken homes, non acceptance of the pregnancy by fathers and the lack of family support.

“With such matters, trained social workers would try to find out what the issues are and professionally reconcile the family in order to get the needed support for the mother”, she said.

Asked about mentally ill mothers who still kept their children with them on the streets, Mrs Tekpor said the department had been intervening by taking such children away from their mothers and catering for them and sending the mothers to the hospital for management.

She said it was sometimes a challenge handling the report of such cases because some of such mothers did not remain at a location, making it difficult to find them.

She was grateful to individuals who had offered themselves as foster parents and had been licensed to provide such essential service to society.

The manageress appealed for support in kind and cash to enable the department to perform better since it was obvious that the government could not do it all alone.

For his part, Chief Superintendent of Police ,Robert Freeman Tettey, cautioned the public that it was an offence to abandon children, adding that the police would arrest such suspects and put them before court.

The abandonment of a child constitutes an offence in Ghana. It is a misdemeanor if a person abandons or exposes a child under 12 years to danger as stipulated under section 71 of the Criminal Offences Act, 1960 (Act 29)

It is also a misdemeanor if a person abandons or exposes a physically or mentally handicapped child (under 18) in a manner that will cause harm to the child. The term of imprisonment for misdemeanors is three years and below.

Under section 60 of Act 29, a person who intentionally and unlawfully causes harm to a living child during the time of its birth commits a second degree felony which could result in a term of imprisonment up to 10 years.

A person who causes the death of a child commits murder or manslaughter depending on the circumstances of the death and such a person is liable to suffer death or life imprisonment.