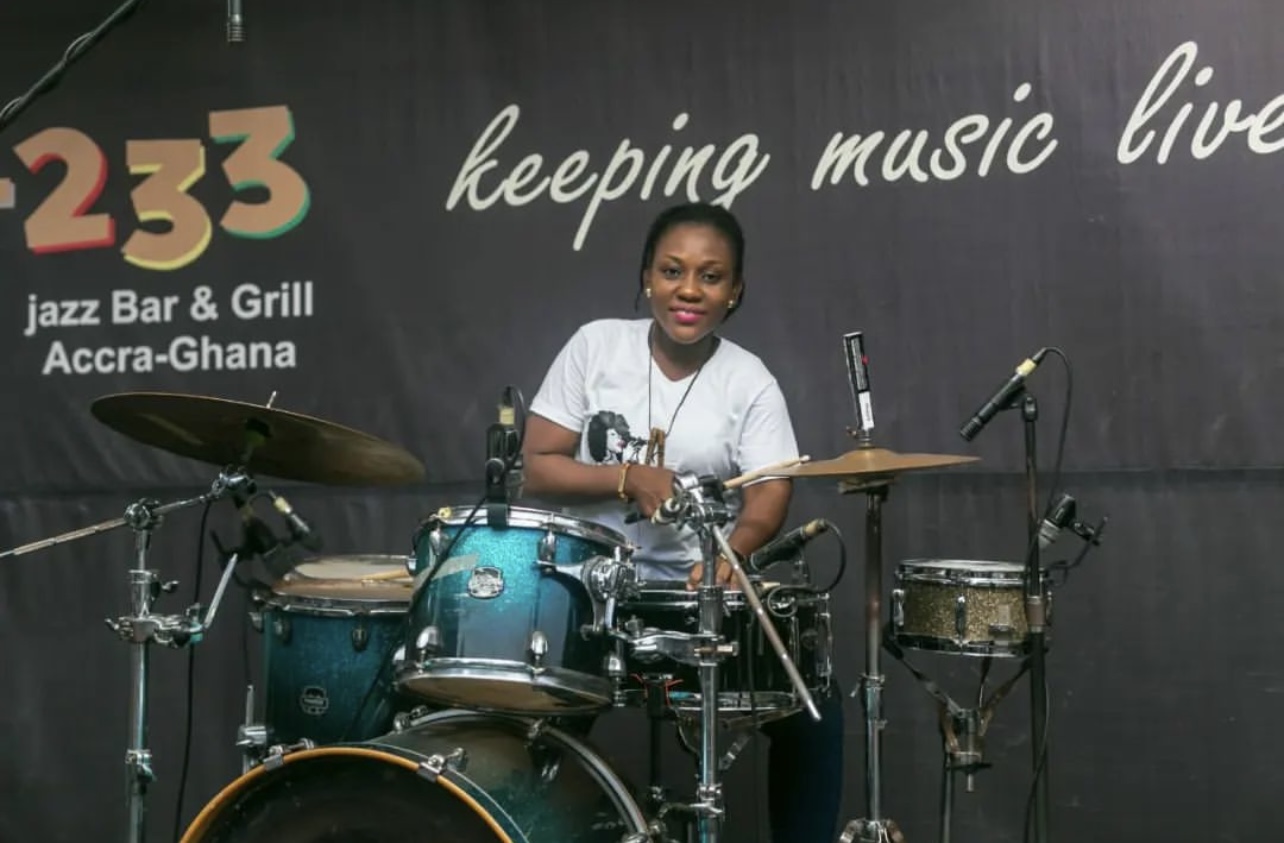 She has a good sense of rhythm and timing and Abigail Aboagyewaa Aniapam employs those qualities to the maximum whenever she sits behind the drum set.

Whether playing with the all-female Lipstick band, her own Liagiba Africa GH project or as a session drummer for a variety of other artistes, Abigail knows how to navigate her way around the snare and kick drums, Tom Toms and cymbals to keep the music together.

“I love drumming. It’s God’s gift to me and I feel so blessed whenever I’m in the drum seat and the music is going well,” says Abigail, who has played all over Ghana and also in South Africa and France.

She had no idea how far music could take her when she took to drumming at age 15 at the Great Lamptey Mills Institute at Zongo Junction, near Mataheko in Accra. A couple of the teaching staff noticed her enthusiasm to be a drummer and gave her some initial hints on how to progress.

She kept up her love for the drums by playing at Scripture Union programmes when at the La Presbyterian Senior High School. She took courses to improve her theoretical, as well as practical understanding of music and eventually went on to occupy the drum seat for gospel groups such as Chara Praise and Travailers in Worship.

She became part of the Lipstick band, then known as Les Femmes, in 2014. Abigail says that opportunity helped to widen her scope as she had to deal with several different styles of music. She enjoys playing the different rhythms but nothing warms her heart better than grooving away at a song with an African feel.

Abigail describes that as ‘Africo style’ of drumming and has even worked out her own patterns which stand her out from other drummers.

“There are drummers who expertly copy how others play but it’s always difficult for me to sit and copy how a particular drummer approaches his solos and other techniques.

“ I have devised some approaches for myself and I love what I do when I play. It’s all a matter of patience and application,” says the young woman who hails from Boso in the Eastern Region.

Her contention is that no matter how gifted a drummer is, it is proper to follow and listen regularly to one’s favourite players. She likes how Ghanaian drummers Francis Osei and Paa Kow play. She’s also an admirer of the Nigerian drummer,Tony Allen, the man credited with having invented Afro Beat with Fela Anikulapo Kuti.

Abigail, who loves to refer to refer herself as The Drum Warrior, gravitates towards African music at all times because in her own words:

“The curious beauty about African music is that it uplifts even when it is telling a sad story.” 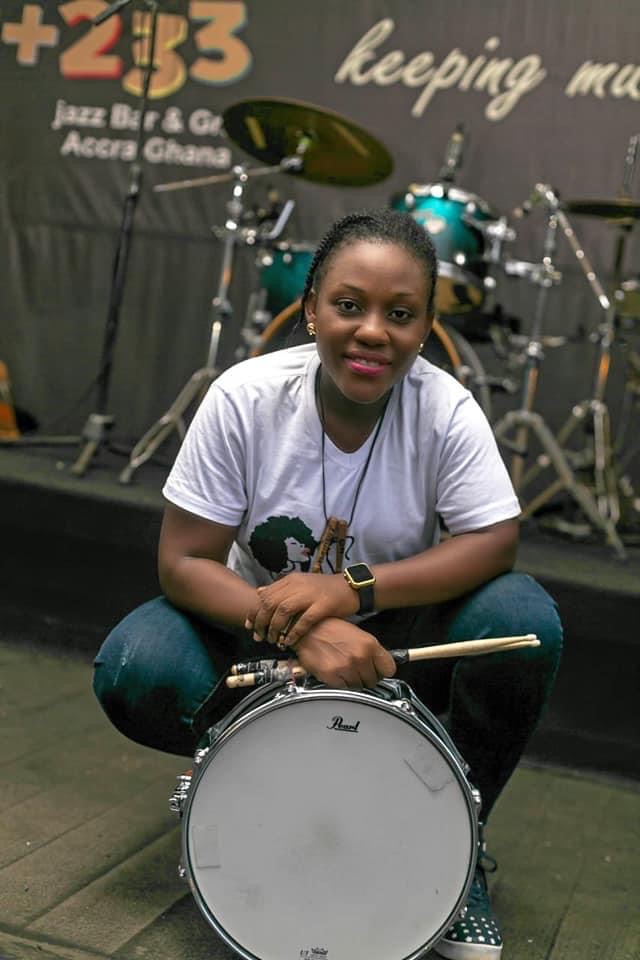 Apart from being the regular drummer for the Lipstick band and taking on freelance jobs whenever they come, Abigail also pursues a solo project called Liagiba Africa GH where she is the drummer and lead singer. That space allows her the freedom to play music exactly the way she likes.

She has recorded an eight-track album, Yaba, under the Liagiba name and is working on a new material. Music, she says, will always be an important part of her life.