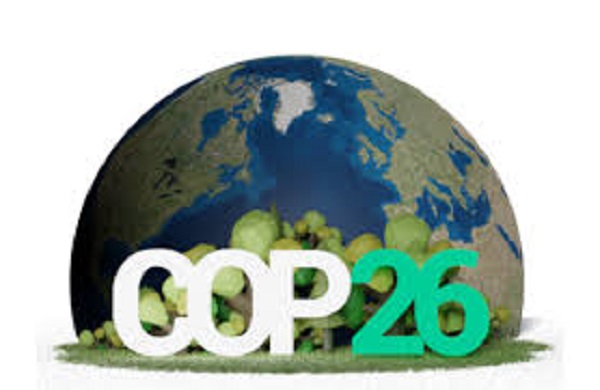 I set out to explain why and how nature-related loss could create financial risks in the future. Of course, when it comes to nature-related loss, we currently do have financial risks too that we are trying to mitigate, albeit with some difficulties. Well, last week’s edition was just to set the stage for broader discussions on climate risks in its entirety in later editions because I was looking ahead to the possible outcome of the 27th United Nations Climate Change Conference, which was to start from November 6 (the day after the publication) until November 18, 2022 in Sharm El Sheikh, Egypt.

This 27th Conference of Parties (COP), which alludes to the 197 countries that ratified the United Nations Framework Convention on Climate Change (UNFCCC) in 1992, couldn’t have come at a critical time than this period—a period in which predictions made in books are playing out vividly on the street.

In fact, since COP26, which was held in Glasgow in November 2021, a lot has changed within the global space. The Russia/Ukraine disagreement was still lingering during the period of COP26 but there had not been any invasion or a full-scale war like what we are witnessing today. War impacts on climate too, both directly and indirectly. Also, even though global inflation targets had still veered off track in November 2021, it had not reached the record levels of inflation experienced in many jurisdictions. In all, the geopolitical and the general macroeconomic situation within the global economy today serve a sharp reminder that if there was indeed a better time for climate action, it is now. We must, therefore, act because the lack of decisive action today means more misery in the future for us all.

In the November 13, 2021 edition of this column (exactly a year ago), I looked at some of the apparent risks to do with climate change, and also explained why the outcome of COP26 should bring about the desired hope of change in behaviour that could lead to better practices by individuals, households and businesses to preserve and sustain our environment. And this is what l wrote, in part, about COP26 in November last year: “COP26 has brought real attention to the problem that climate risk poses to the global economy in general. And, in fact, climate is everything- everything. When global temperature is heated to unsustainable levels - literally - it causes the global economy to overheat too. Of course, the messages pouring out of the COP26 meeting were not this simple - not just about freeze and thaw cycles cracking pipes.

“But within the maze of the complex letters on carbon emission and rising sea levels is the basic message of how, at the practical level, our behaviours could help address, and to a large extent, mitigate the climate crisis. And that approach must be gender-sensitive too.”
So, do you now see the stage l set last week on this topic? In that edition (November 5), I placed a lot of emphasis on how behavioural factors could be influenced positively to address nature-related loss because if we cannot see the disastrous heating of global temperatures, with projections that we could be experiencing 2.4 degrees celsius rise soon, the drought that is causing poor nutrition, famine and diseases is too close to home to be ignored.

In fact, as l also explained in the November 13, 2021 edition, freezing gender equality issues in the fight against climate change is dangerous because according to a UN report, 80 per cent of those displaced by the climate emergency are women. “It is for this reason that gender equality is more important today than ever before - in the face of the changing climate. …. women and girls around the world on the average are poorer and less educated and, therefore, suffer the most from the impacts of climate change, and do not have the necessary strong coping mechanisms needed. Climate change, admittedly, affects both men and women; however, because of cultural norms and lower socioeconomic status, women and girls face peculiar vulnerabilities,” I wrote in the November 13, 2021 edition.
COP also serves as an annual opportunity for countries to negotiate agreements to advance climate action.


The negotiations among world leaders, other collaborations on climate action involving government officials, leaders from the private and non-profit sectors, climate experts, environmental activists and observers from around the world are all important in the fight against climate change— and must be encouraged always.

It is, therefore, refreshing to note that COP27, among other activities, is set to look at the Paris Agreement, which set a target of limiting global temperature increases to below two (preferably to 1.5) degrees celsius. Again, addressing the rising global temperature will go a long way in mitigating the climate risks that are so real that we only ignore the threat at our own peril.
As I explained in last week’s edition, climate-related financial risks, or nature loss and degradation, “believe it or not, threaten all of us - individuals, households and businesses. In fact, the financial risk here is enormous; therefore, we ignore such risks at our own peril”. Therefore, it has become imperative for governments and society as a whole to make every effort to address the natural capital loss caused by human activity because it has a severe impact on our generation and the future generation as well.

Let me now repeat some of the words I used in last week’s issue to whip up support for COP27 and hopefully create the necessary rethink of behaviours and actions that cause environmental degradation. “As nature underpins everything that we as humans do, I believe that we should not only leave organisations and governments to lead the charge against climate risks. We must all, as individuals, get involved to reverse the tide of nature loss and environmental degradation. In simple terms, it is nature that influences the water we drink, the air that we breathe and the creatures and plants that sustain us, so it is critical that our actions at all times seek to preserve nature and not to disturb it. What do you anticipate would happen if we sat unconcerned and just watched as nature witnessed unprecedented and accelerated global decline caused by human activity?

“We are at a crossroads... This is the time for action. We have the tools and know-how required to limit warming and secure liveable future,” Dr Hoesung Lee, the Chairman of the Intergovernmental Panel on Climate Change (IPCC), said in his remarks on April 4 while addressing the media regarding the highlights of a report on climate change released by his outfit.
COP26 made some progress, notably the agreement by countries to focus on the tougher 1.5C aspirational goal of the Paris Agreement, while acknowledging that the 2C target would allow massive devastation to take place. Now we want more from COP27 to strengthen our resolve to mitigate climate risk!
This email address is being protected from spambots. You need JavaScript enabled to view it.