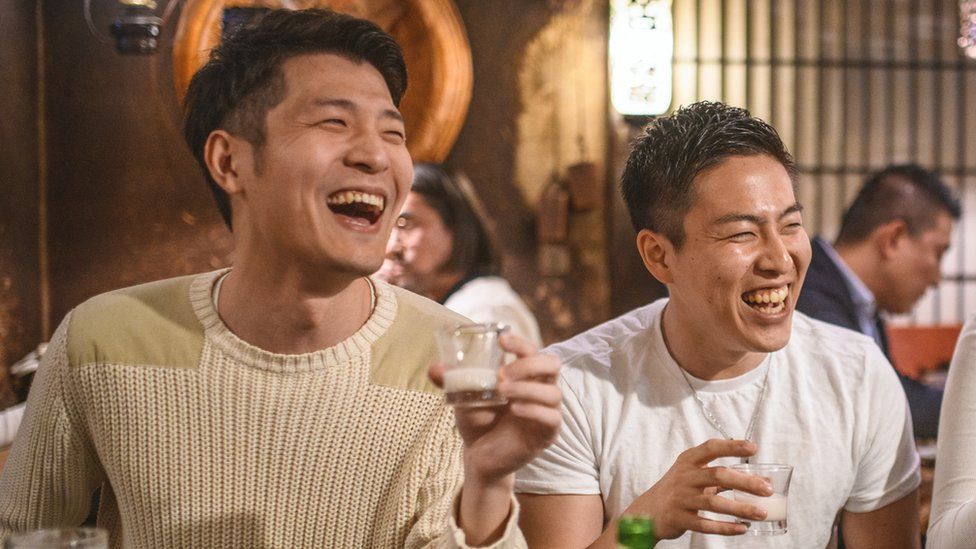 Japan's young adults are a sober bunch - something authorities are hoping to change with a new campaign.

The younger generation drinks less alcohol than their parents - a move that has hit taxes from beverages like sake (rice wine).

So the national tax agency has stepped in with a national competition to come up with ideas to reverse the trend.

The "Sake Viva!" campaign hopes to come up with a plan to make drinking more attractive - and boost the industry.

The contest asks 20 to 39-year-olds to share their business ideas to kick-start demand among their peers - whether it's for Japanese sake, shochu, whiskey, beer or wine.

The group running the competition for the tax authority says new habits - partly formed during the Covid pandemic - and an ageing population have led to a decline in alcohol sales.

It wants contestants to come up with promotions, branding, and even cutting-edge plans involving artificial intelligence.

Japanese media say the reaction has been mixed, with some criticism about the bid to promote an unhealthy habit. But others have posted quirky ideas online - such as famous actresses "performing" as virtual-reality hostesses in digital clubs.

Contestants have until the end of September to put forward their ideas. The best plans will then be developed with help from experts before the final proposals are presented in November.

The campaign's website says Japan's alcohol market is shrinking and the country's older demographic - alongside declining birth rates - is a significant factor behind it.

Recent figures from the tax agency show that people were drinking less in 2020 than in 1995, with numbers plummeting from an annual average of 100 litres (22 gallons) to 75 litres (16 gallons).

Tax revenue from taxes on alcohol has also shrunk over the years. According to The Japan Times newspaper, it made up 5% of total revenue in 1980, but in 2020 amounts to just 1.7%.

The World Bank estimates that nearly a third (29%) of Japan's population is aged 65 and older - the highest proportion in the world.

Concerns about the future of sake is not the only problem that poses for Japan's economy - there are worries about the supply of younger staff for certain types of jobs, and care for the elderly in the future.