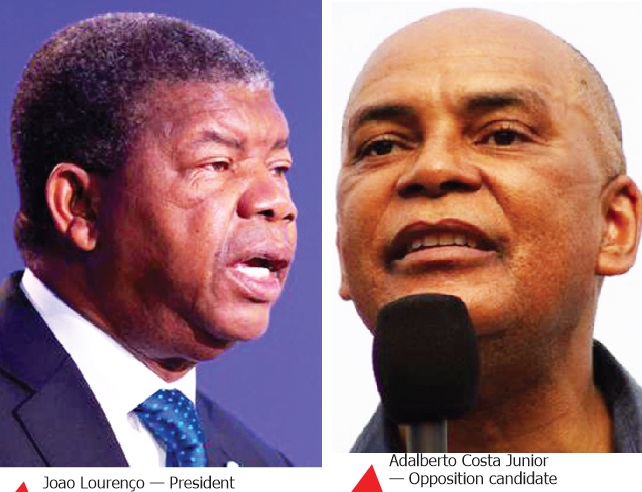 Millions of voters in Angola will go to the polls on August 24 for parliamentary and presidential elections that will decide the country’s new leader.

The general election is expected to be the tightest contest since democratic elections were first introduced in 1992 and for the first time Angolans living abroad will be able to vote.

The voters will elect a new president and members of parliament simultaneously with a single mark on a ballot paper under the country’s electoral system.

The incumbent President, Joao Lourenço, is seeking to extend his presidency with a second five-year term on the platform of the ruling Popular Movement for the Liberation of Angola (MPLA), which has been at the wheel for almost half a century.

History will record this plebiscite as the fifth democratic election since Angolan Independence in 1975. More than 14 million voters are eligible for the general election, according to the National Electoral Commission (CNE).

The election is the fourth in Angola's post-war period and the fifth electoral process since 1992. But it will also be the first election conducted free of the machinations of former President, José Eduardo dos Santos. For 38 years, Dos Santos was able to rule unchallenged, only stepping aside as head of state five years ago, when the baton was passed to his fellow MPLA stalwart, João Lourenço.

Eight political formations comprising seven parties and one coalition are vying for the 220 seats in the National Assembly.

They are the ruling People's Movement for the Liberation of Angola (MPLA), the opposition National Union for the Total Independence of Angola (UNITA), the National Liberation Front of Angola (FNLA), Nationalist Party for Justice in Angola (P-NJANGO), Humanist Party of Angola (PHA), Social Renewal Party (PRS), National Patriotic Alliance (APN) and Broad Convergence for the Salvation of Angola – Electoral Coalition (Casa-CE).

The top candidate of the party, who wins the most votes, is elected president, in accordance with Angola's Constitution. Joao Lourenco and Adelberto da Costa Junior are the frontrunners in 2022. Florbela 'Bela' Malaquias of the Humanist Party of Angola (PHA) is the first woman to run for president in Angola.

Incumbent Joao Lourenco, who has been Angola's president since September 2017, is under pressure as the election draws near because his opposition rival in the presidential race, Adalberto da Costa Junior, is ahead in most of the opinion polls.

In the larger cities, where most Angolans live, and among the youth, the level of dissatisfaction with Lourenco and his government and the desire for a political change is pronounced.

Lourenço became President in 2017, handpicked by his predecessor, Jose Eduardo dos Santos, who stepped down after four decades of iron-fisted rule.

He presented himself as a man who could usher in a new era and a clear break from the past; painful memories of civil war, mismanagement of state resources and extreme poverty.

“It’s the first time we’ve had a different president from dos Santos since 1979. Many of us Angolans have only known one president throughout our entire lives,” Silva said.

Half of the population still lives in extreme poverty. Unemployment has consistently been more than 30 per cent over the last few years. The privatisation of state-owned companies has not improved the infrastructure or the health and education system.

“Sixty-five per cent of the Angolan population is urban,” said Marisa Lourenço (no relation to the president), a Johannesburg-based analyst at the consultancy Control Risks. “People are crowded into cities with inadequate housing and infrastructure with no prospect of living conditions improving or more employment opportunities coming about.”

People below 30 years make up more than two-thirds of Angola’s population and could easily be the demographic that shapes the election, pundits say.

“They have no memory of our destructive civil war but they have witnessed for 30 years how MPLA wasted our generation’s greatest opportunity to actually develop the country … and how rampant corruption utterly destroyed our society and our ability to become a stable state”, Silva said.

In recent months, more and more young people, especially in urban areas, have been quite vocal. Those who have taken to the streets to demand better living standards have been met with a harsh police response. The coalition, led by UNITA, hopes that Costa Junior can unseat Lourenço.

Preliminary polls show Costa Junior, a charismatic politician, is gaining momentum in urban areas. If he succeeds, he will be the first opposition candidate to win the presidency since the introduction of multiparty rule in 1992.

And despite the opposition’s increasing popularity, the governing party’s absolute control over the state institutions like the National Electoral Commission and the Constitutional Court could help its quest to extend power, pundits say.