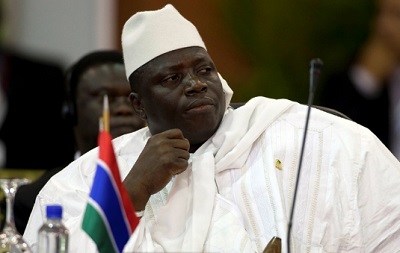 Jammeh, currently in exile in Equatorial Guinea, has not responded to the allegations, the OCCRP says.

The team of investigative reporters say they reviewed thousands of documents from the course of Mr Jammeh's 22-year rule, which ended in 2017 after little-known presidential challenger Adama Barrow defeated him at the polls.

But the OCCRP say the total figure is much higher.