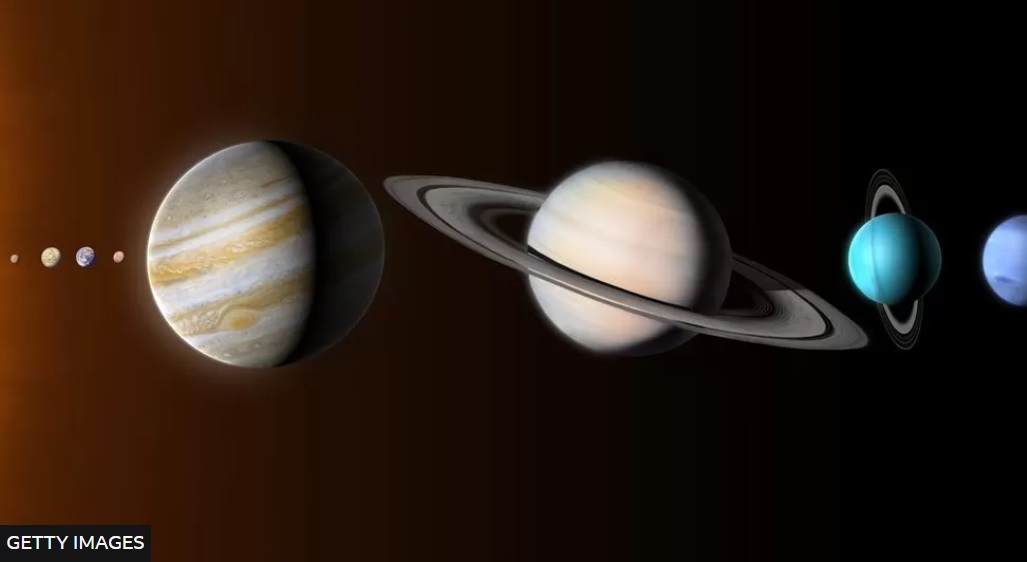 There will be a chance to see all the planets in the solar system in the night sky on Thursday.

Five should be visible with the naked eye, while the two furthest away, Uranus and Neptune, will be better viewed with binoculars.

It will be challenging to see Mercury and Venus in the UK due to their low position in the sky.

The best time to see the spectacle is shortly after sunset.

Those further south, including southern Europe or closer to the equator, are more likely to be able to see all the planets appear in a vertical line up into the sky.

Unlike stars, planets do not twinkle. Saturn and Jupiter will be brightest, and Mars will be a salmon red colour.

"Mars at the moment is at its best from the UK now until about 2032. It's going to be quite a long time before we see this one again, so it's well worth taking a look now," Dr Robert Massey of the Royal Astronomical Society told BBC News.

Dr Massey advises sky-watchers to try to find a clear vantage point to look towards the south-west horizon shortly after sunset.

Venus should appear the brightest, low in the south-west towards the horizon, but it will be a challenge from the UK.

Jupiter is the next brightest planet, and should appear higher in the sky where Saturn should also be visible.

Anyone looking through a telescope should be able to see details like the moons of Jupiter and perhaps cloud systems or dark markings on Jupiter and Mars, Dr Massey says.

In June Mercury, Venus, Mars, Jupiter, and Saturn were visible when they aligned in a rare planetary conjunction.