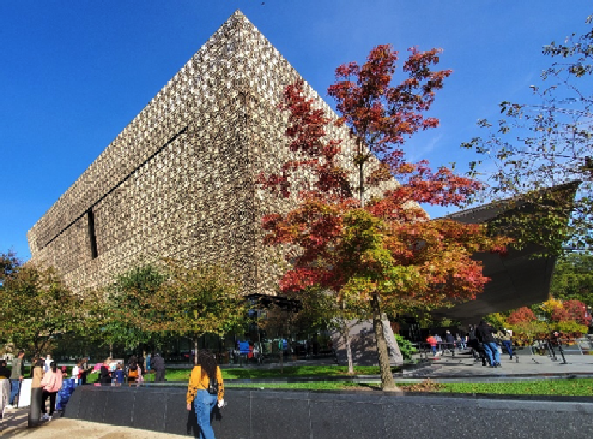 In thinking critically, it is quite possible “for a line of reasoning to be clear, accurate, precise, relevant, and deep, but still lack breadth”.

For instance, one may go deeply inside an issue but - yet still – perceive only a single aspect of the question.

In assessing thinking for breadth, the following questions come in handy: what other points of view need to be considered? Or, what other angles or parameters would truly illuminate one’s purpose? Additionally, have all reasonable possibilities been exhausted in fashioning out well-rounded options?

To illustrate the essence of breadth, I’m using two examples: one, from an accounting course in my undergraduate years at a California State University; and two, a recent visit to the National Museum of African American History and Culture - Washington DC, USA - designed by the dazzling Ghanaian architect, David Adjaye.

As an African student in the US, I recall my humble beginnings at a state university — in an accounting class —where we were tasked to write a report on whether it was more feasible for corporations to “buy or lease buildings and equipment.”

A week or so after the submission of the reports, our Jewish professor, Francis Mintz, had returned with them. As he called out the names, I waited anxiously for my paper, while hoping that he was keeping the best for last.

After the class, professor Mintz took me aside, dropped my report in my hands, and declared that my paper was lacking in breadth.

He suggested that rather than being a passive spectator repeating on paper all that was said in class about the subject, it was better to start off in the library to see what the theorists have revealed about the subject.

I was in the library when he showed up. He then engaged me – one to one – on the necessary steps to take to add breadth to my report.

Thereafter, I realised the need to stretch out the report by developing a matrix comprising the key corporate entities: banking, insurance, manufacturing, retail stores, etc, and to go to the top people there to find out what the corporations did and didn’t do; and – particularly – what guided the decisions for their choices.

Considering that corporations did not all have the same goals, needs, strategies, tactics, and so on, key questions did not elicit simple yes or no answers.

Situations that informed their decisions were more complex considering each entity’s short, medium, and long-term goals. Equally pertinent were the considerations of cash assets, debt liabilities, tax implications, and so on.

To get a firmer and more diverse handle on the subject of outright lease or purchase of buildings and equipment, I was to trail beyond the easy surface and expand my thinking and effort to include broader insights from multiple perspectives.
To do so, I had to walk the extra mile to make insightful contributions for my report to be useful; in essence, the breadth of opinions and facts emanated from an informed personal perspective.

The professor’s charge for breadth in my report required changing my student’s clothes into a professional outfit to look the part.

In other words, it was necessary now to situate myself away from the sitting and copying mode. The growth mindset required of me to knock on the right doors to “earn” my education. The idea was to stretch out my mindset in order to produce new knowledge rather than hold on to the fixed static edges of the old.
In a nutshell, a meaningful report entailed advancing from dormant, sleepy approaches to an active mode where one was buoyant, and essentially respected for the effort. Therein lay the need for extroverted methodologies that bring one out - and alive - to create prospects for one’s own self.

The rubber meets the road when the qualitative actions that emerge from outside the halls add value to the time spent in attending and listening to lectures; that prevents lectures from morphing into stale talk shops.

Students get the most from education when they learn to add breadth to advance the information initially received.

Across various economic, scientific, technological and artistic disciplines, breadth entailed the consideration of wider perspectives to make a piece of work wholesome.

On November 6, 2021, I toured the National Museum of African American History and Culture in Washington DC. Designed by David Adjaye, the dazzling Ghanaian architect, the interplay of the breadth of form and function created a masterpiece.

Described as a “three-tier façade of bronzed, canted panels, which become a sort of inverted triple pyramid”, the design also doubled as a pile of three arks from my observation. But that’s just the beginning of it.

Rather than a narrow “intuitive whimsy” design, the architect broadened his outlook of the “one system” to include historical galleries of the trans-Atlantic slave trade, metalsmithing by freed slaves, the Jim Crow era, civil rights protests, the progression of music, theatre, cinema, television, fashion, sports, art, and so on.

Most remarkable in the architectural artistry was the breadth of considerations - and fusion of the various elements - to help the visitor to understand, in one place, the wide scope of the African-American experience from the past 400 years or so.

The writer is a trainer of teachers, a leadership coach, a motivational speaker and quality education advocate.
E-mail: This email address is being protected from spambots. You need JavaScript enabled to view it.