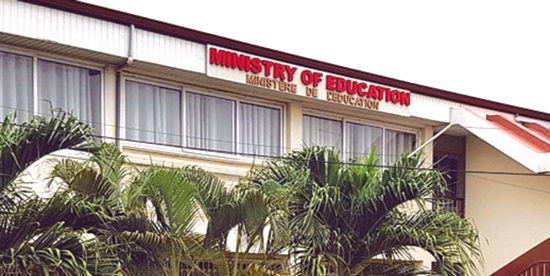 The Ministry of Education
30.5k Shares

Hitler was right when he said “through clever and constant application of propaganda, people can be made to see paradise as hell, and also the other way round, to consider the most wretched sort of life as paradise”.

Consistently, this statement has proven to be more than true, looking at the version of the truth that has been told to the public about the happenings within the education space, specifically between the Ministry of Education (MoE) and its biggest agency, the Ghana Education Service (GES).

Against the backdrop of many allegations made by some teacher unions, coupled with pronouncements of interference by other stakeholders, including some past members or leaders of the GES, one is likely to be sincerely deluded into believing that there is indeed some systemic interference in the work of the GES by the MoE or the minister of Education.

With hindsight I can understand them, especially knowing that most of us are still not aware of not only the structural and administrative reforms in the pre-tertiary space, but also the comprehensive legislative reforms within the entire education structure which in turn have redefined and created additional mandates for other agencies within the Education Ministry.

For instance, at the coming into force of the Education Regulatory Act, Act 1023, the National Inspectorate Board, the Curriculum Research and Development Division and the Teacher Education Division of the GES have all been transformed into fully-fledged autonomous agencies of MoE with specific mandates.

The National School Inspectorate Authority (NaSIA), for example, is now the agency of the ministry mandated by Parliament to provide an independent external evaluation of the quality and standards in basic and second-cycle educational institutions in the country on a periodic basis.

Consequently, activities such as the licensing and registration of teachers, the development and review of professional standards and code of ethics, among others which were formerly in the domain of the GES are now reserved for NTC based on the same act.

Another instance is the National Council for Curriculum and Assessment (NaCCA), an entity mandated by the Education Regulatory Bodies Act, 2020 (Act 1023) to develop the national curriculum and assessment standards for pre-tertiary education institutions other than technical and vocational training institutions.

You will recall that NaCCA was first established following the 2007 education reforms as an advisory board to the Curriculum Research and Development Division (CRDD) of the GES. Today as we speak, it is a full-fledged agency with a defined mandate.

Consequently, if you see GES not performing some of the functions it previously performed, it cannot be concluded that the ministry has sidelined the GES and probably given the other functions to the other agencies. That will be very simplistic.

Again, the provisions and requirements of Act 1023 have made it more than necessary for the MoE to co-ordinate, monitor and evaluate the efficiency and effectiveness of the performance of these agencies to ensure the harmonious achievement of our strategic goals.

At no point should this coordinative role be construed or interpreted as interference. We must be cautious not to jettison the very principles of effective supervision, coordination, checks and balances at the altar of autonomy and independency.

It kills the role of supervision in our educational bureaucracy. Such a path, if not crooked, is dangerous and leads us nowhere.

Also, the outcome of the supposed interference does not point to a negative outlook at all. Ordinarily, you would expect that when there is interference of work, it stifles the smooth running of the work which in the end will impact the expected outcomes adversely.

The reverse of this rule is, however, true if you look at what the Education Ministry, together with its agencies has been able to achieve within the time; and so assuming that those allegations even are founded and have basis, I think it is a positive interference if you ask me.

This is because if a supposed interference of an agency’s work could more than double student enrolment at the SHS level within a space of five years, implement fully the pre-tertiary curriculum (kindergarten to JHS), implement the Ghana Accountability for Learning Outcomes

Project in 10,000 low-performing basic schools, conduct the National Standardised Test, expand the Free SHS programme to cover secondary-level TVET students, introduce STEM Education and Construct STEM high schools, as well as institute e-testing and serialisation which minimised examination malpractice in our basic schools, then that it is reasonably justifiable to say that such an interference is a positive one and that, even if it exists, it is for the betterment of education in the country.

Section 13 of the Civil Service Act 1993 (PNDCL 327) outlines the functions of the various governmental ministries as including initiating and formulating policies taking into account the needs and aspirations of the people; undertaking development planning in consultation with the National Development Planning Commission (NDPC); and co-ordinating, monitoring and evaluating the efficiency and effectiveness of the performance of the sector.

Based on this framework, the MoE performs a number of functions. These functions obviously are not performed in a vacuum. It requires the collaborative and complementing efforts of all the about 19 agencies under it, which includes the GES.

Under no circumstance should such a working relationship be construed as taking over the work or sidelining or interfering in the work of any agency.

At best, it can only amount to checks and balances; a doctrine which is upheld by the 1992 Constitution and further provided for under Section 13 of the Civil Service Act supra.

The writer is a Lecturer/Counsellor, Counselling Centre, University of Cape Coast.