Noise pollution: A country at risk 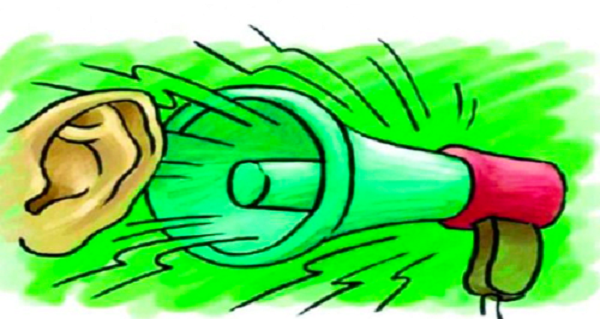 A few weeks ago, our media space was awash with varied comments following a call by the Minister of Environment, Science and Technology, Professor Kwabena Frimpong Boateng, for religious houses to reduce the level of noise they make in our society.

At a “Meet the Press” event held in April this year, the Minister, in answer to a question on noise pollution, is alleged to have suggested that Muslims, for example, could use text and whatsApp messages to invite members for prayers. This suggestion did not go down well with a cross-section of the population, especially from the Muslim community, even though the minister came out shortly after to refute the allegation. His explanation was that he had been quoted out of context.

The issue on noise making raised by the minister is pertinent and demands thoughtful consideration by all and sundry. However, his suggestions on the noise nuisance posed by religious bodies do not present a holistic view about noise-making in our society. By advising Christians to limit their noise to the confines of their chapels while suggesting to Muslims to employ text or whatsApp messages to invite believers for prayer did not seem balanced enough.

The suggestions proffered by the minister do not seem to hit Christians hard enough because they also contribute a lot to noise pollution in our communities. In many of our neighbourhoods today, churches and other places of worship have sprung up, sometimes located as close as behind other people’s bedroom windows. Classrooms and uncompleted buildings have been turned into worship centres. In some such residential areas, church worships go on at odd times of the day and sometimes till late night. Dawn prayers and worship with loud music are aloud to go on throughout the night, making sleeping almost impossible for some residents.

There is also the case of unreasonable noise making with church bells. For example, in some urban and rural communities, some churches still toll their big bells to invite members for worship. All those churches should have been included in the alleged caution to use SMS and whatsApp to invite their members to worship.

Indeed, the level of noise pollution in our country today is out of control and they pose a serious threat to peace and tranquility within communities. On our roads every day, commercial drivers, including “tro-tro”, taxi and recently the tri-cycles also known in local parlance as “abobo-yaa” toot their horns needlessly, deafening our ears and disturbing our peace.

The situation is even worse at the commercial transport stations where unbearable noise from the “bookmen” and loading ‘boys’ who play their recorded audio messages on CDs and cassettes and amplify them at unbelievable high pitches simply to attract passengers. The megaphones are left to blast all day at various lorry stations disturbing the ears of commuters as well as those who ply their trades in the vicinities of such lorry stations.

In the midst of all these noise making are those who also use megaphones on top of vehicles to advertise or sell their wares. The leading culprits are those selling musical CDs as well as herbal medicine. Some of them even move around selling on the streets and in residential neighbourhoods. The mushrooming of drinking spots and night clubs in every corner and sometimes spilling over onto pavements do not only constitute impunity but they also generate so much noise with blaring music, especially at night times when residents are retiring to bed. One should not forget to mention the weekend music at funeral parties or receptions which are almost becoming like a norm.

Obviously, we have, as a society, almost closed our ears to the many deafening noises that can potentially affect our hearing and general health. We need for all the various departments and agencies concerned to employ a holistic approach to tackling noise making in every form, in our environment. We do not need to single out one sector of the community and point accusing fingers. We are all at fault one way or the other, as far as noise pollution is concerned.

We are a heterogeneous society and, already, so many things divide us, including our several languages and the numerous ethnic and cultural differences. Painfully, politics, religion and ethnicity sharply divide us and they have the worst potential to disintegrate our society. As policy-makers and stakeholders, we must be careful how we manage these differences since they touch on sensitive areas that have the potential to disturb our peace and create instability.

It is in the light of this that I wish to suggest that the Ministry of Environment together with the Ministry of Local Government and the various assemblies work closely together and come out with a more holistic approach to noise control in our society. For now it looks like the noise pollution has deafened all ears to the extent that we do not hear the noises around us and do not even realise the dangerous levels these noises are impacting on the quality of life of the people. We are at risk and need to find ways to reduce the noise levels to the barest minimum, especially in residential areas.