Is the contemporary Ghanaian Christian transactional? 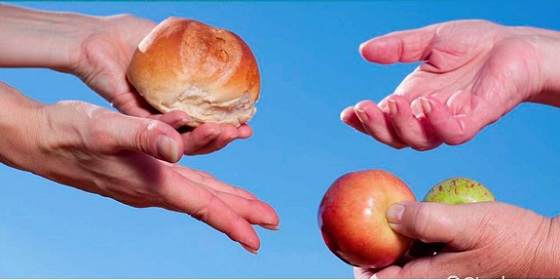 Stories of Evangelist Mama Pat, aka Agradaa, have been widely circulated in Ghana in the past several days, especially on Facebook and Twitter.

The self-styled evangelist was accused of defrauding several churchgoers in the first video that was made public.

Then I watched the second video, in which the preacher attempted to clarify what had truly occurred at the all-night service.

She believes she made a promise to churchgoers that she would give them money at the said all-night service, and she claims she kept that promise.

The people who are protesting, though, are newcomers to her church who were informed that in order to qualify for the funds, they needed to be registered as members.

Mama Pat, an Evangelist, was then taken into custody by the police.

In all this circumstance, I thought to myself, “is the Ghanaian a ‘transactional’ Christian?”

I don't see how the preacher's offer to pay you in return for attending a church service to pray could be the driving force behind your attendance.

I questioned whether this drive is a result of the country's difficulties or the outcome of a poor Christian formation.

Can transactional christianity be justified in light of Jesus Christ's ministry and the great commission, which commands us to make disciples of all nations? Let's assume without denying that both are the case.

Because of what has happened to Agradaa and her members, a depressing image of the modern Ghanaian Christian is painted, making him or her a ‘lottery Christian’.

A ‘transactional’ believer holds that if I do what God desires, God will respond by giving me what I desire. Alternately, God makes us an offer, and in order to get the heavenly reward, we must agree to the terms of the agreement.

The individuals who are known as Christians because they are Christ's disciples appear to be turning into miracle-seekers who don't care what it takes to obtain these miracles.

These ‘Christians’ simply attend church because they think God will provide them material possessions. Some of us attend church services in search of someone who can handle our enemies on our behalf.

These so-called ‘Christians’ only go to church because they believe God will give them wealth. Some of us go to church services looking for someone to deal with our adversaries on our behalf.

Some even go so far as to beg God to kill the people they believe to be their enemies. Unfortunately, we are unsure of who this foe is. The reality is that God does not behave or reward or punish individuals in accordance with our preconceived notions of how He ought to.

Let us avoid making Christianity about what we can receive from God. Stay away from being a "transactional" Christian. God will surely bless us, but our relationship with Him should be about obedience and living in accordance with His plans for us (Isaiah 55:8-9).

The downside of this mode of thinking is that we are compelled to seek an explanation when something goes wrong with the ‘transaction’ or when things don't go as planned.

The fundamental issue with a ‘transactional’ view of Christianity is that God does not act in accordance with our ideas of how He ought to act, whom He ought to bless, and what He ought to do to thank us for keeping our part of the bargain.

This idea is clearly spelt out in the book of Job.

Juxtaposing what has happened between “Agradaa and her church members” and the current trend among some Christians, the crux of this write up is to say that our faith is not about what we can get out of it, but how God can transform us from within so that we don’t become like the superficial Pharisees Jesus condemns in Luke 11:37-41.

The church should, therefore, teach her sons and daughters that their relationship with God the Father cannot be a "transactional" relationship, because the love of the Father is unconditional.

These are the messages that no mean personality than Pope John Paul II and Pope Francis advocate for, an authentic faith in God.

Pope Francis in his encyclical “Evangelii Gaudium” titled The Joy of the Gospel, highlights the advantages of a properly formed Christian. According to the Pontiff, “A real faith... inevitably implies a deep desire to improve the world”.

For instance, in the papal encyclical titled ‘Christifideles Laici’, (‘Christ's Faithful People’) he addressed "the role and vocation of the lay faithful in the church and in the world", and he frequently reminded them of their duty to change the temporal issues of daily life.

Genuine Christianity should therefore go beyond a ‘transactional’ relationship in order to achieve the goal of real faith in God.

A properly formed christian cannot be a ‘transactional’ Christian.

But is the contemporary Ghanaian Christian adequately formed in the faith?

The writer is the Director, Department of Social Communications, Catholic Diocese of Sekondi-Takoradi. E-mail: This email address is being protected from spambots. You need JavaScript enabled to view it.