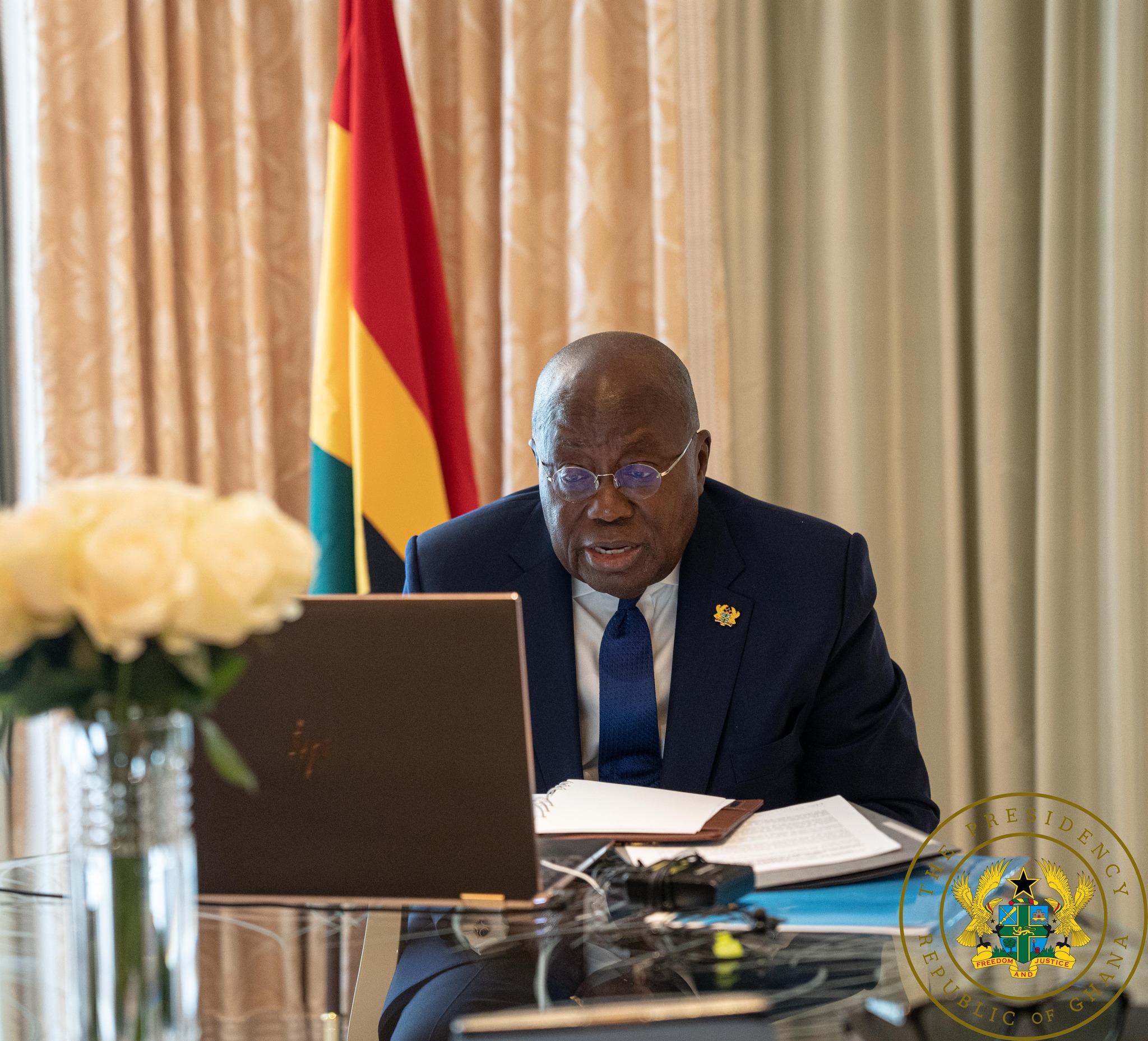 Pressure group OccupyGhana wants President Nana Addo Dankwa Akufo-Addo to provide a "commanding leadership" to demonstrate to Ghanaians and provide the reassurance that he was doing all he can about the economy.

In 64 AD, a massive fire ravaged Rome for six days, destroying most of the city and leaving half its population homeless. It is said, though not proven, that the Roman Emperor Nero fiddled while the city burned. However, ‘fiddling while Rome burns’ has become a metaphor for inaction and ineffectual leadership in the face of a disaster.

The cedi is ‘burning.’ The Ghanaian economy is in tatters. It is a disaster. Yet we do not see commanding leadership in this matter.

In 2020, as the COVID-19 pandemic raged and no one was sure what the future held, the President stepped up and, in several addresses, reassured the nation that the Government would do all it could to steer Ghana through the storm. Those addresses helped, in no small way, to make Ghana an example of managing the pandemic in the early days of the outbreak. The President’s famous words in March 2020 that ‘we know how to bring the economy back to life; but what we do not know how bring people back to life,’ became a mantra for the COVID-19 fight. His ‘Fellow Ghanaians’ addresses became spots of hope.

It is late 2022 and Ghana is facing another storm, brought on partly by geopolitical events and also, and significantly, by actions taken or not taken by the current Government, led by the President. Inflation is sky-high and every day, we see the cedi depreciate against all major currencies. Beyond the unbearable cost of living, is the pervading foreboding that things could get even worse.

Though the current situation warrants a response like the one the COVID-19 pandemic got, the nation is yet to see such commanding leadership on the President’s part. No one expects the President to physically halt the fall of the cedi, or conjure inflation away. However, it is imperative in such times that Ghanaians get the reassurance that their elected leader is doing all he can and that he cares.

That reassurance is sorely lacking!

The part of the President’s words about knowing how to bring the economy back to life, unfortunately, rings hollow right now. It is also said that ‘Rome was not built in a day… but it was built.’ Mr President, don’t give up on the people!

Lead! For God and Country! 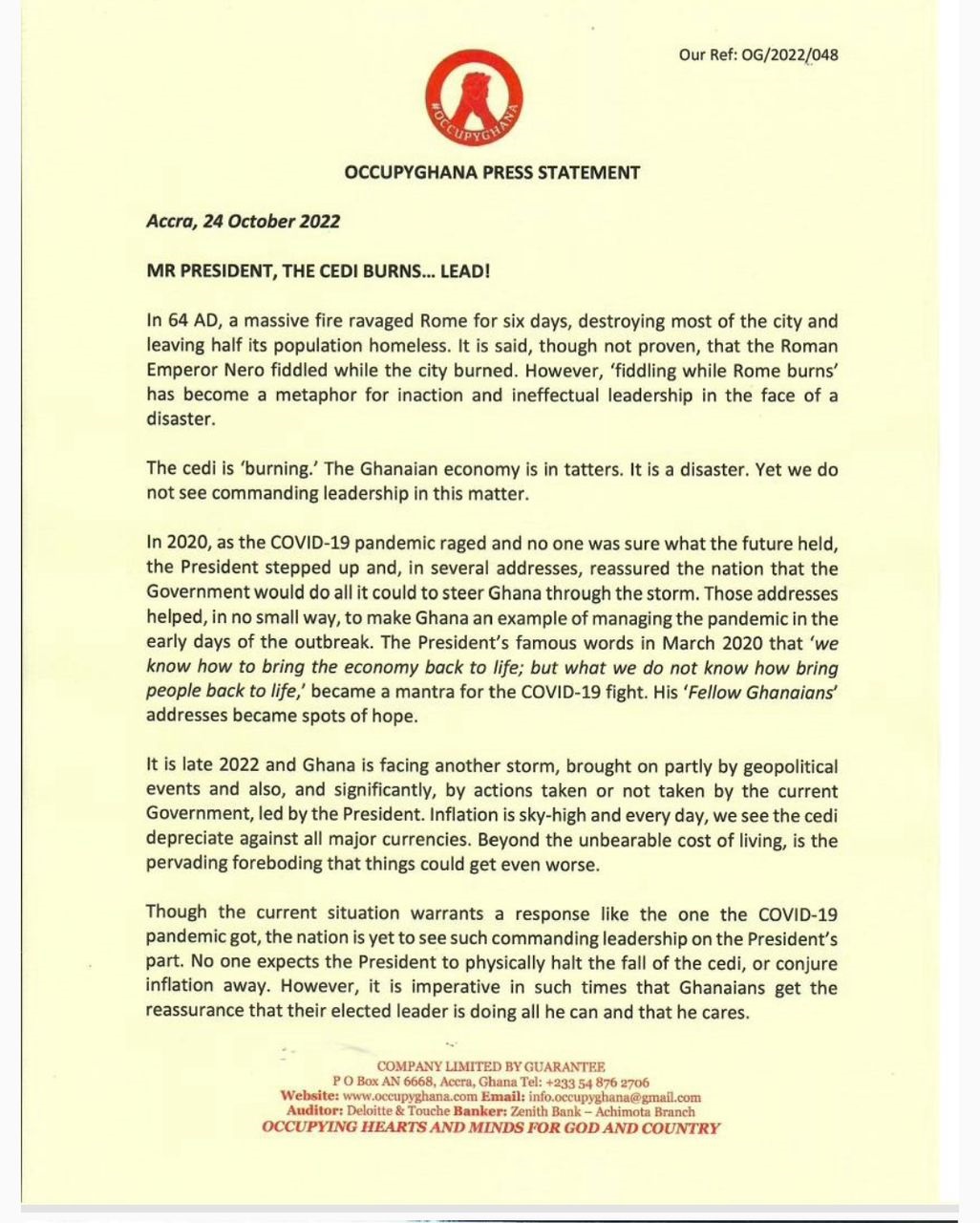 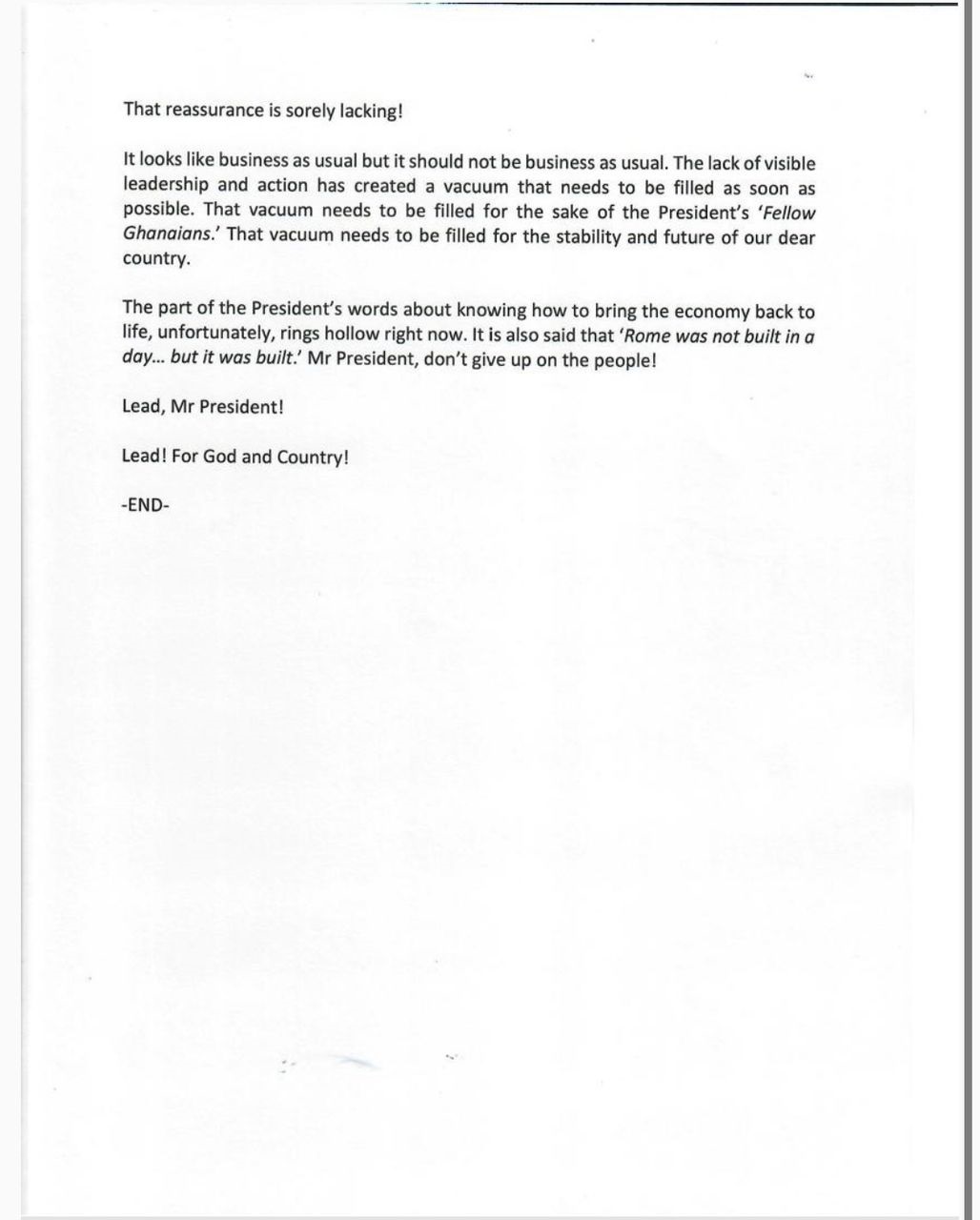