Your brand will determine features you get—Amerado 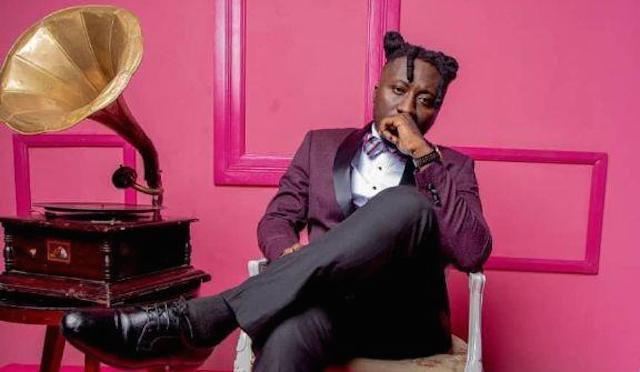 RAPPER Amerado has been around for about three years and already he has carved a niche for himself as a force to reckon with hence earning him features with some of the top artistes we have around.

Amerado, who released a single, Back To Sender, recently has worked with A-list acts such as Okyeame Kwame, Sarkodie, Shatta Wale and Reggie Rockstone.

He tells Graphic Showbiz in a conversation that these top artistes worked with him just because they believed in his brand.

And it is for this reason that he is calling on up and coming artistes to up their game if they want to be taken seriously by their senior colleagues in the industry.

"Branding is very essential. Every brand has their specification. It all depends on what you can offer and what you bring to the table. If you stand out, you will succeed in getting attention from the top artistes and they will be willing to work with you."

"If you want to be a star find a means to touch the audience. Have a unique style. Blacko is doing something different that is why he is getting all the attention."

"So if you want me to be a side artiste on your song, you have to be unique and know what you are about. That is the only way you get me to come on board your project otherwise it is a no no for me,’’ he stated.

Giving his impressions on the current music industry, Amerado, real name Derek Sarfo Kantanka said: "It is like a playing field, the good ones get the call-up while the rest sit on the bench, Don’t forget there may be some good ones also sitting on the bench."

"And also, I believe if you put your faith in God and trust Him, you will surely get a call-up because the grace of God also plays a very important role in all of this,’’ he said.

Amerado who appreciates the media for the role they played in ensuring he is where he is today said, "I am very grateful to the bloggers and journalists as well as the DJs, radio and TV presenters for being very supportive of me.

Known for songs such as Obiaa Boa, Circle, Sika Dam, Me Ho Y3, Abotr3, Sika Besu, Best Rapper, Taxi Driver, Menpe among others, Amerado revealed he was busy in the studio cooking something good for Ghanaians.

"I am currently working on my first studio album and I want everyone to watch out for it because it will blow your minds,’’ he said.

Touching on the passing of legendary Highlife musician, AB Crentsil, Amerado said: "It is sad. He set a very good example and we are lucky to have had someone like him.

"Now that he is gone, it is all about what we create and how far we take the Highlife genre."

"We are grateful to him for the role he played in the music industry. He has done songs which have lasted for over 50 years. May his soul rest in perfect peace,’’ he concluded.