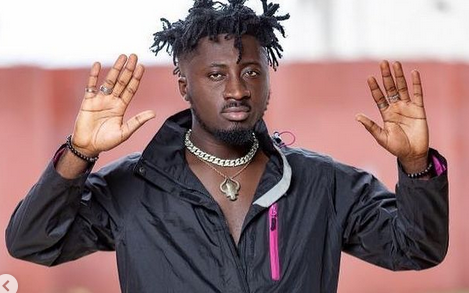 Rapper Amerado is cautioning individuals who hide behind social media and insult celebrities to put a stop to it.

On his latest song Death Sentence, released Friday July 9, Amerado goes hard at the social media trolls calling them lazy people who are only seeking the downfall of artistes.

He describes the trolls as cowards and asks that they desist from such acts, pointing out that the insults only discourage artistes from putting in their best.

The nearly four-minute piece also talks about the hate in the music industry.

In an interview with Graphic Showbiz, Amerado said he needed to address the issue because the cyberbullying was getting out of hand.

“The actions of people using social media to unnecessarily attack the popular personalities is very worrying, to say the least. Unfortunately, this menace has been ignored but it is really affecting the lives of the victims.

“They have little or no regard for our music icons such as Sarkodie, Stonebwoy, Shatta Wale and roast them on social media but in my view, this growing trend should not be encouraged,” he said.

Amerado told Graphic Showbiz the idea for Death Sentence came to mind after observing the alarming rate at which celebrities were being slandered. “The likes of Reggie Rockstone, Yaw TOG among others are re-tweeting the song and it shows that they approve of the song’s content.

“I feel ashamed when I read such things on social media and the song is my contribution to address these things,” he stated.

Amerado started his career when he was discovered by Azee Ntwene in 2015 after emerging third at the Solid FM Freestyle Show to join fellow rapper, Strongman Burner at MicBurnerz Music.

Read also: Trends over relationships: the Edem and Sarkodie saga

In 2017, Amerado released his lead single I Am which announced his presence in the music industry. The song earned a spot in the Top 10 Ghanaian songs of January 2017 listed by Pulse Ghana.

He released his first EP titled Rapmare under the MicBurnerz Music label in November 2017.

Other songs he is known for include At My Back, Beast Attitude, Kporda, Redemption, Menpe, Pistol Gods, Twa So, Box Of Memories, Kyer3 Me, Best Rapper, Indelible Flow, Taxi Driver, Me Ho Y3 and Younger K.A.