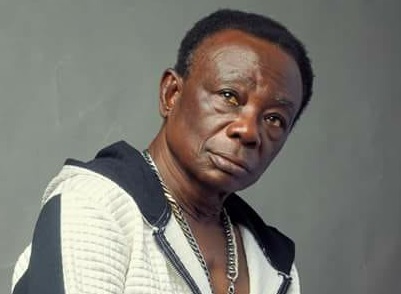 UNLIKE many of his colleagues who have been criticising contemporary Highlife artistes for “diluting” the genre, Veteran Musician Obuoba J. A. Adofo thinks such condemnations are unjustified in a time when things are changing.

To him, there is nothing wrong with what the new crop of artistes are doing because there has never been official guidelines for Highlife artistes to follow, and generations have adapted the style that is probably acceptable in their era.

Nana Ampadu inspired me to do music - J.A. Adofo

“Highlife didn’t start in my time. It was there way before I even came on the scene and I don’t think that what the young guys are doing should be condemned. Lately, the contemporary artistes have brought some changes and there’s nothing wrong with that.

“Besides, the youth are also happy with what they are getting, so there is no need to restrict them or rubbish their efforts,” he told Graphic Showbiz recently.

Obuoba J. A. Adofo’s comments may probably not sit well with some “senior members” such as Professor Yaw Owusu-Frempong of the Highlife Institute in Accra and Gyedu Blay Ambolley, who have often expressed their reservations about the new trends of Highlife music.


In an earlier interview with Graphic Showbiz, Professor Yaw Owusu-Frempong had cautioned young artistes to stop introducing alien beats into Highlife music with the intention of making it sound contemporary.

He said the originality of Highlife was based on its rhythms, and as such the attempts to “dilute” it to satisfy modern sounds was detrimental to the origin and uniqueness of the genre.

But J. A. Adofo mentioned that people had different ways of exploring their God-given gifts and they should not be forced to follow a particular path.

“We have to understand that our talents are unique and serve different purposes. In the book of 2 Timothy, the bible encourages us to put to good use every gift that God has blessed us with. Personally, I don’t have any issues with what is happening on the Highlife scene because these young boys are exploring their talents just as we did in our peak.”

“I’ve always said that if one has to crack cola nuts to make ends meet, he/she should just do it well to support their livelihoods. I think that these young men are doing great and should be supported rather than condemned. I want to encourage them to work with what God has blessed them with, since God’s judgement and rewards are relevant in the scheme of affairs.”

“If you are a Gospel, Reggae, Highlife or Hiplife artiste, we are all one and must understand that we have the same goal of blessing people with our talent”, he said.

Obuoba J. A. Adofo aka The Black Chinese, is the leader of Boys Band of Ghana.