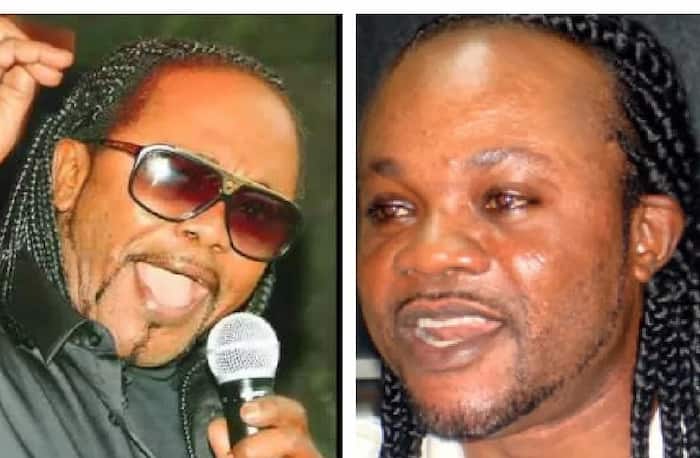 Thirty years ago was the last time anyone saw  the Lumba Brothers made up of Highlife icons Nana Acheampong and Daddy Lumba perform on one stage and there is no doubt many would want to see that happen again.

Well, this wish will be fulfiled come January 1, 2023, when the duo who are set to create memories, usher patrons, into the New Year at Kabfam Legends Night scheduled for the Grand Arena of Accra International Conference Centre (AICC).

Kabfam Legends Night which aims at promoting Highlife music in Ghana in addition to these ‘music royalty’, will also feature Oheneba Kissi and other surprise acts who will pass through the 7 pm event which is expected to attract high profiled personalities.

Nana Acheampong and Daddy Lumba have together as Lumba Brothers as well as individually made great songs over the years and patrons are sure to be treated to nonstop quality music.

Some of the songs that thrilled music lovers are Yenka Ntam, Aban Nsa Aka Wo, Yee Ye Aka Akwantuom, Nko Gya Me and Odo Fakye.

Some of Oheneba Kissi’s songs include Ateaa, Yenfa Odo, Odo Licence, Ohemaa, Suzzie, Asem Ben, Mante Wo Nka among others.

Talking about what went into the selection of the artistes, Mikki Osei Berko, Publicity Manager for Kabfam said the three artistes are unique in their own ways adding that Nana Acheampong and Daddy Lumba have been missed on stage for a very long time.

“We always want to give Ghanaians the best. Last year, which was the maiden edition, we featured Amakye Dede, Kojo Antwi and Daddy Lumba which was lit. We are hoping for a good show this year and we believe the artistes selected will bring on their A game”, he said.

Commenting on this year’s ticket price which ranged between Ghc5,000 to Ghc50,000 which his attention was drawn on the high side, Mikki Osei Berko explained it was suitable for the class of audience.

“The tickets come with a package and anyone who buys it will understand why it is so.  There will be variety of food and drinks depending on the ticket you purchase. We will be treating patrons to a night of good music and there will be surprises at the event.

“Highlife music is our thing and we at Kabfam believe in promoting and protecting it and we are doing so with this concert”, he concluded.