I will marry when the time is right – Shatta Wale 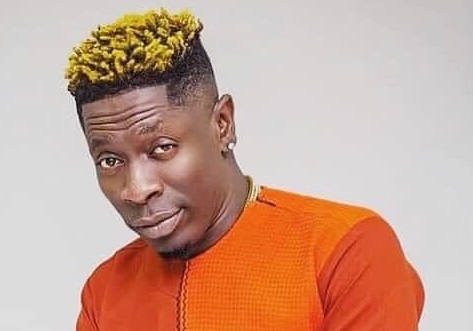 Since his break up with his baby mama Michelle Diamond popularly known as Michy, the love life of Dancehall artiste Shatta Wale has been on the low.

And there are many who have wondered when he will marry considering that he had everything going for him but the Melissa hitmaker has revealed that he is not in a hurry to settle down and will do when the time is right.

Speaking with Giovani Caleb on TV3's Showbiz 360 last Friday, Shatta Wale said, “I am not in a hurry but I believe at the right time, when the time is right, I will marry.”

On what he will be looking out for in his woman he said, “I want someone who will be my friend, I don’t want to put anyone in a box, so I will go in for someone who is free to do what she wants but she should just keep me in the know.”

The wide ranging interview also touched on his music career and the controversial artiste said he wanted to take the industry to another level.

“I just want to take our music industry to another level. I wish my colleagues will see this dream of mine, reason with me in that light and follow me so that we can make history together. I believe I am the Moses of the industry, I have already divided the sea with my collaboration with Beyoncé, the rest should just follow me,” he said.

Stonebwoy crowns himself King of Dancehall at Asaase Sound Clash

Shatta Wale is one of the most popular celebrities on social media and he has used it to enhance his brand and career. He told Giovani that social media is part of the reasons he is where he is today.

“The internet, social media has really helped me. It brings me closer to my fans and they get to talk to me directly as well. Sometimes, I get my fans online fighting for me when I am asleep and it is such a good feeling. I wouldn’t be here if not for them.”

Shatta also dismissed the assertion that he is a violent person just because of how he talks and acts behind his phone.

“People perceive me like that, as a violent person, just because of the passion with which I address issues but have you heard me pull out a gun before or even get into a physical fight with someone?

"The fact that Rambo (Sylvester Stallone) shoots in movies doesn’t mean he is a killer or goes about shooting people in real life. I am just as plain as possible and for me, it cuts across. I don’t do favourites, once you do not do what is right, I tell you as it is,” he added.